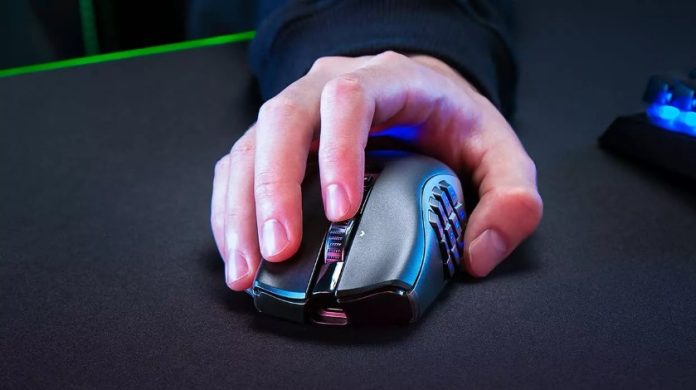 But it won’t come cheap.

What just happened? Razer has just released a couple of new models of its popular line of Naga gaming mice focused on MMO. Naga V2 Hyperspeed and V2 Pro support wireless connectivity and continue to use the branded form of the series, but they have updated internal components and several new techniques.

The flagship Naga V2 Pro is equipped with the same Focus Pro 30K optical sensor as many of Razer’s latest high-end gaming mice, such as the Viper V2 Pro and Deathadder V3 Pro. The main buttons use optical switches of the 3rd generation of the company, designed for 90 million clicks, which should be immune to double-click problems and do not require a delay in eliminating the rattle, like mechanical switches.

A return to the previous Naga mice is the hot-swappable sidebar system. V2 Pro comes with a set of magnetic side panels with two, six and twelve buttons, which allows users to adapt the mouse to their liking for any game genre or application.

Naga V2 Pro is the first Razer mouse with a new Hyperscroll Pro scroll wheel. This allows you to adjust the scroll tension, the number of steps, and even the force curve of each tick directly from the Razer Synapse software.

Finally, the V2 Pro has 2.4GHz wireless and Bluetooth connectivity, as well as a USB-C port on the front for charging and wired playback. In addition, the mouse can be charged wirelessly by attaching a special washer under it, which is sold separately for $ 19.99. Razer also sells a compatible mouse dock that provides more convenient charging and has a built-in 4000 Hz transceiver, which quadruples the standard mouse polling frequency. Razer Naga V2 Pro is available from today at a price of $179.99.

Another Razer mouse released today, the Naga V2 Hyperspeed, cuts back on some features to achieve a lower price. It has the same flagship sensor, but the company has replaced the optical switches with mechanical 2nd generation ones, the advantage of which is that they consume less energy. The latter is very important, since the mouse is powered by a standard AA battery instead of a rechargeable internal battery in V2 Pro.

V2 Hyperspeed abandons replaceable side panels, instead has fixed twelve buttons on the side. However, it adds a couple of extra buttons to the top left of the left mouse button, and users can map them to whatever action they prefer. The scroll wheel is also less adjustable, allowing you to switch only between the standard tactile mode and the free rotation mode, similar to the Basilisk V3 Pro and many Logitech mice.

Razer Naga V2 HyperSpeed costs $99.99 and is available from today in the company’s online store.

‘The Legend of Zelda: Tears Of The Kingdom’ rated in Korea