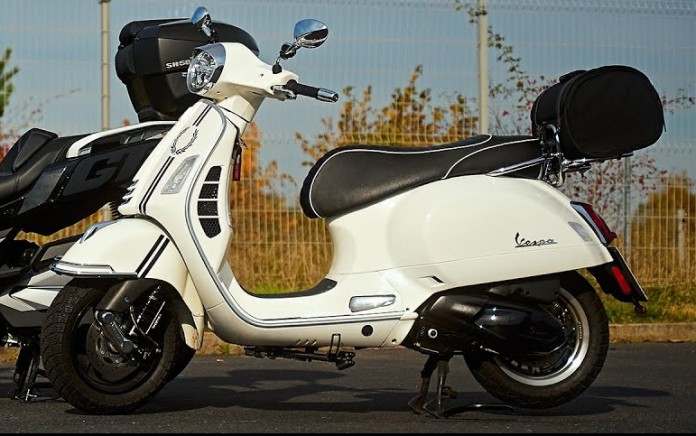 A 430 horsepower BMW M3 E92 and a 43 horsepower Vespa scooter faced off in the drag race. The vehicles, which are almost exactly the same in terms of power/weight ratios, were the scene of entertaining images.

An unprecedented match has been added to the drag races that car enthusiasts are interested in. The full 430 horsepower BMW M3 E92 faced off with a Vespa scooter this time. We are aware that everything is illogical so far. And you’re right… After all, it’s unlikely that a small scooter can beat a 430 horsepower BMW.

A standard Vespa scooter has a rather small engine. However, a group of motorists modified this little scooter. Using a 150 cc single-cylinder engine, the modification team increased the scooter’s power almost 10 times, reaching 43 horsepower. So, has the result changed? Of course it hasn’t changed. However, the resulting images were quite entertaining.

BMW and Vespa on the racetrack were technically parallel

BMW and Vespa scooters came face to face 3 times. As you can imagine, the winner of all three races was the BMW M3 E92. However, there was a point to be noted here. So much so that this BMW could be 10 times more powerful than Vespa. However, the same BMW M3 E92 was 10 times heavier than the Vespa. In other words, the power/weight ratios of the vehicles were almost the same. Although the vehicles are technically parallel to each other, Vespa could not beat the German beast.

Now we will leave you alone with that video. After the introductions about the drivers are made in the video of approximately 13 minutes, the data recorded during the race are also included. If you wish, without further ado, let’s watch the defeat of the Vespa scooter against the BMW M3 E92, which cannot get up fast and stay ahead.