Home Entertainment The Quarry: what to do after completing the game 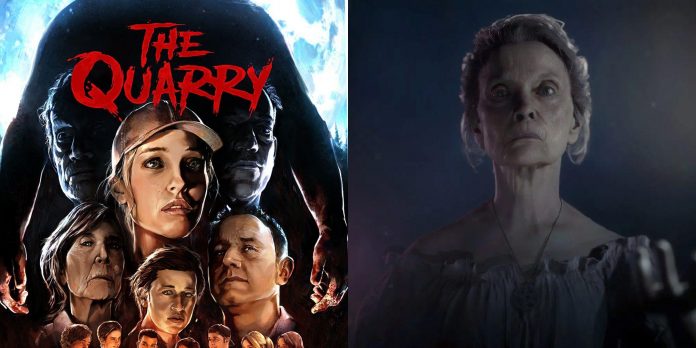 After defeating The Quarry from Supermassive Games, players can return to the story to complete some endgame content and gain achievements. The Quarry is the newest horror story from Supermassive Games after such hits as Until Dawn and The Dark Pictures Anthology. Although players will get a unique ending in their first playthrough, The Quarry has multiple endings, multiple paths, collectibles, and a multiplayer mode that encourages players to return after completing the game.

The Quarry is a game in which players are asked to complete several walkthroughs to get as many endings as possible. Players can get several major endings, including finding Silas and ending the curse forever, killing too many characters and not lifting the curse, as well as the death of key characters, among other things. The best of these endings is that Laura and Travis Hackett work together with Ryan to find Silas, kill him and put an end to the curse, but before that happens, many decisions need to be made. Given the number of endings in The Quarry and the number of collectible items in the game, players have something to do after completing the game.

Link: Career Overview: What Doesn’t Kill You Makes You Someone

After completing The Quarry, players can try to earn other endings, collect all Tarot cards, complete game achievements, try out the death rewind mechanics, and explore certain chapters by selecting a chapter.

If players purchase the regular version, Death Rewind is unlocked after defeating The Quarry. It is available from the very beginning for players who have bought the Deluxe Edition. After players have completed the game, they can use the “Rewind of Death” up to three times to undo the decision they made that led to the death of the character. This does not mean that the character will survive in the game, as players can make decisions that will later lead to death, but the mechanics of rewinding death in The Quarry saves the character in this particular case.

Experiment with a local cooperative multiplayer mode in The Quarry

The Quarry is a story—driven game with intense character development, which makes it an ideal game to play together with friends. After completing The Quarry alone, players will be able to return to the game in local cooperative mode. This option is available in the Start menu and can work with eight co-players playing for each of the eight characters in the game. Since there is a local co-op in The Quarry, players must be together and have a common controller, but this adds depth to the game to play with friends. Unfortunately, there is currently no online multiplayer mode in The Quarry.

If players want to explore other endings of The Quarry, they can select specific chapters to go through on the chapter selection screen. This is unlocked only after players defeat The Quarry, regardless of the ending they get. There are 12 chapters in total, so players can go back to the save file of the previous passage and replay certain chapters based on their decisions.

Earn all the trophies/achievements in The Quarry

In The Quarry, there are not only a lot of endings that encourage players to go through several playthroughs, but also a lot of clues and Tarot cards that players can find to enrich the story. In addition, players can earn 41 trophies/achievements, many of which can be unlocked in just a few playthroughs. For example, there is one achievement for saving everyone’s life and another for saving only Caitlin’s life; To get all the achievements and find 186 unique endings of The Quarry, you need to complete several walkthroughs. The game also has 22 Tarot cards, 10 clues and 40 clues hidden in chapters, so players who like to complete the games will have much more opportunities to explore after completing the first passage.

US Government To Review Major Acquisitions To Avoid Monopoly