Home Entertainment The Quarry — how to use pre-order bonuses 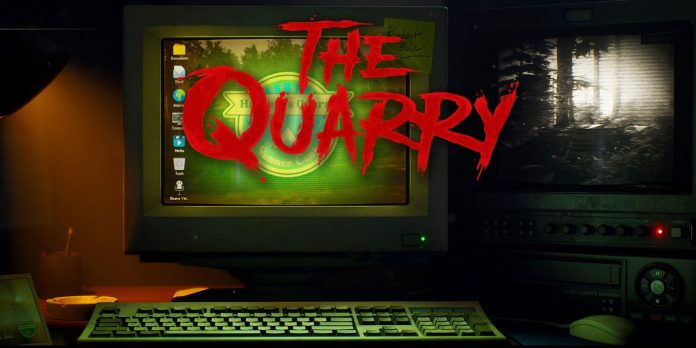 Like previous games from Supermassive Games, The Quarry offers another immersive interactive horror story focused on player choice. Some interested fans may also purchase the Deluxe edition instead of the standard edition, which will make The Quarry even more fun and exciting.

The Quarry pre-order bonuses complement the overall experience, attracting both horror movie fans and Supermassive Games fans. Visual filters of the Deluxe edition, additions to the gameplay and other features create the feeling of a classic B movie, which is imitated by The Quarry.

RELATED: Easter Eggs You Might Have Missed in Your Career

Both in the standard version and in the Deluxe version, The Quarry is fully presented, but there are additional differences between the two released versions.

The standard version gives access to the game, but pre-ordered versions also give the buyer a “Horror Story Visual Filter Pack”. Players can use color filters to dramatically affect the visual style of the game, directly referencing 80s VHS movies as homage in addition to a black and white filter for the perfect classic horror movie setting.

The simple aesthetic difference is a welcome treat, but the Deluxe Edition expands these features with more features in addition to the filter pack. For fans of slashers and grindhouses, there is an additional mode of the Gorefest film festival, which will appeal to all horror fans who want to get the bloodiest and most creepy impressions. Instant access to the Death Rewind feature is another bonus that allows players to rewind any unintentional character deaths without having to finish the game first.

To top it all off, there are cosmetic bonuses for the actors. Iconic 80s outfits have been included that evoke the atmosphere of classic horror movies like Friday the 13th, with all the fashion statements and bright colors the cast deserves.

How to Use The Quarry’s Pre-order Bonuses

Players who have already pre-ordered and downloaded The Quarry will not need any complicated settings, as all bonuses can be activated in the Settings menu. From here, you can select filters to switch player preferences between multiple filters. Players can also change clothes to any character on the screen that they control by pausing and selecting the style of clothing in the Options menu.

Despite The Quarry’s abundant bonuses, players should not assume that the game automatically activates all functions. Those who want to activate the “Rewind of Death” from the very beginning will need to enable it manually on the “Accessibility” tab. It usually opens after completing the game once, so anyone who buys the standard version will not miss it.

The Quarry is designed for all kinds of horror audiences, so the added features don’t completely change the experience in terms of content. But if players tend to combine a VHS filter with 80s-style outfits, then The Quarry is better suited for the classic horror movie atmosphere that Supermassive Games has designed for a full interactive experience.

How To Raise Friendship Fast In Pokémon Legends Arceus And How...