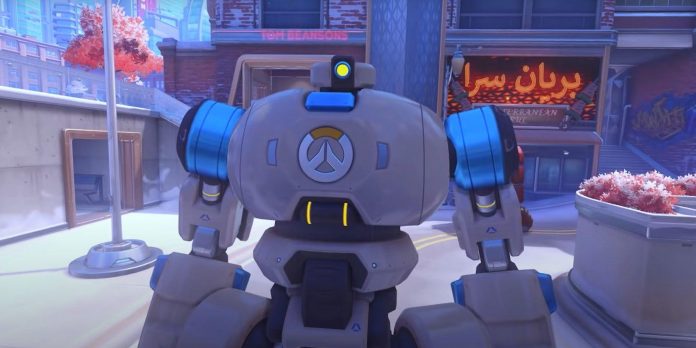 Overwatch 2 adds many new features and settings to make the sequel different from the original game. Along with creating new team dynamics and adding new heroes, the most notable innovation is the Push game mode. The first game rarely added new main game modes, as it found common ground with the main goal—based modes for competitive play, but the goal of Overwatch 2 is to continue the development of the shooter hero.

The Push game mode was created specifically for Overwatch 2, so it is designed for a more aggressive and dynamic gameplay. With a smaller team size, matches in Overwatch 2 should be full of action and fast, high-octane fights, and the new Push mode includes all these ideas.

How the Push Game mode works

In fact, Push is similar to the already established Escort mode, but without attacking or defending teams. Both sides must remain on the attack to maintain control and move the target, which eliminates the one-sidedness that often occurs in other game modes. The direct Push approach also eliminates the need for a second round, as both teams have equal opportunities to move the goal and win the match.

The challenge in the new game mode is to maintain control as the target penetrates deeper into the enemy zone and moves away from the friendly spawn point. Overwatch 2 has a smaller team size and fewer tanks to defend, so it’s more important than ever for players to work together to stay alive and fend off an enemy team. The push seems to work exactly as the developers intended, because the matches are very fast, and because of the smaller map and the size of the team, teams are almost always involved in shootouts because of the goal.

Why Push is Great for Overwatch 2

Overwatch 2 is trying to bring back the magic of a beloved shooter hero, as well as make some noticeable changes and make players think differently. The most obvious changes were the reworking of the hero kits and the addition of two new heroes, and the third will be announced before the full launch of the game. And many of these changes have contributed to faster and more mobile gameplay in Overwatch 2.

Between new heroes and customizing existing heroes, Blizzard encourages players to never stop playing matches in Overwatch 2, and Push mode is perfect for this style of play. The push requires each team to be constantly on the move, which makes it very difficult to stop the match. Even if one team starts moving the target far into enemy territory, close spawn points and agile heroes will be able to re-attack the target and can quickly turn the tide of battle by sending the target to the other team’s side of the map.

Push is not only a nice change of pace compared to the usual game modes in Overwatch 2, but also a great example of how the game is designed to be played. The redesigned role of the tank fits perfectly into the aggressive style of play in the new game mode, and the more mobile heroes of Overwatch 2 can keep up with the constant movement back and forth. Push probably won’t be the only additional game mode to appear in Overwatch 2, but it’s perfect for the long-awaited sequel.