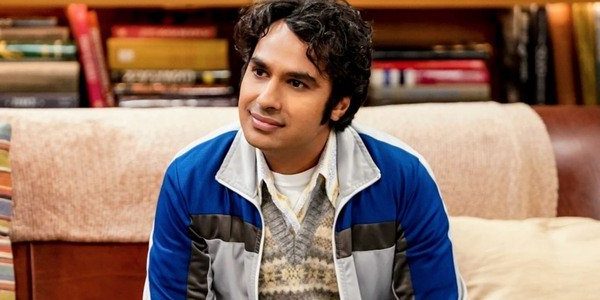 Fans of Raj from The Big Bang Theory leave the door open for something they would love to see, a Koothrapali spin-off, see Raj’s story continue and more members of his family enter the scene could be a fantastic concept. .

Raj’s story is not over

One of the main reasons Raj Koothrapali (Kunal Nayyar) would make a great subject for a spinoff is that, as mentioned, his story doesn’t feel finished, he still has room to figure it out, and fans want to. know where it ends.

While Priya gets a decent-sized role on the show, Raj actually comes from a pretty big family and has five siblings in total so fans want to know what the story is with the other siblings.

Later in The Big Bang Theory, it is revealed that Raj’s parents filed for divorce and that they are both now potentially dating new people, or at least looking for someone new.

This would be a great idea, and it would be amazing to see a sitcom that focuses on his parents trying to find love and their children trying to give them support and advice in the dating world.

Raj’s parents don’t appear often, and when they do, they do so in a video call, but on the occasions they do appear, they are very engaging on The Big Bang Theory.

They have some of the best witty lines, they have great dynamics, and their ability to become featured characters through some video calls just goes to show that they need more screen time that The Big Bang Theory couldn’t offer them.

However, with The Big Bang Theory culminating and currently having a Sheldon (Jim Parsons) Spin-off starring Iain Armitage on air, it may not be for now if a Raj series occurs or not.

TXT breaks a new record on Spotify thanks to its music