Home Celebrity The producer of “Bones and all that” and “The Hand of God”... 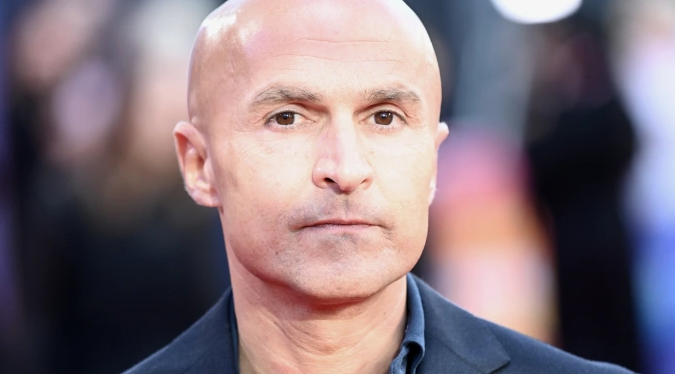 Italian producer Lorenzo Mieli spoke vividly and often humorously about his career as a producer, working with directors such as Luca Guadagnino and Paolo Sorrentino, during a keynote speech at the London Film Festival on Monday.

Mieli is best known for his work on the popular HBO TV adaptation of Elena Ferrante’s My Brilliant Friend. Among his recent works are Guadagnino’s Bones and Everything, which won in Venice, and Sorrentino’s The Hand of God.

However, Mieli revealed that his working relationship with Sorrentino dates back to when he was the head of Fremantle and was commissioned to produce The X-Factor music competition show.

“I asked Paolo Sorrentino to become an X-Factor judge. That was my first idea,” Mieli said. “Fortunately for him, he said no, but he was tempted. We’ve been talking about this for a few days. But it was my idea for the X-Factor. We tried to make a completely different show with very different tastes.”

Mieli added that producing “X-Factor” was risky because he had no idea how to “do such a show,” but he quickly fell in love with the process.

After two more failed attempts, Mieli eventually signed a project with Sorrentino. The result was the popular HBO television series “Young Dad”. Sorrentino shared the idea of the show with Mieli.

“He gave me the idea of a dad, an American dad who smokes cigarettes. It was a pitch and I said it was fantastic. It seemed like a very good pitch to me,” Mieli said during a keynote speech hosted by Deadline’s Melanie Goodfellow.

In the movie “Young Dad” Jude Law plays Lenny Belardo, the first American dad in history. The show debuted at the Venice Film Festival in 2016 and became a cult, receiving Emmy and Golden Globe nominations.

The second installment of the show, titled “The New Dad,” debuted in 2020, and John Malkovich joined the cast. Mieli teased the third season later during the keynote.

“Paolo has an idea that maybe this will happen. The third and last one,” he said.

Mieli is also in London to show her latest production of Luca Guadagnino’s Bones and Everything Else starring Timothy Chalamet and Taylor Russell. The film, which premiered in Venice, is the story of the first love between Maren (Russell), a young woman who learns to survive on the sidelines of society, and Lee, an assertive and disenfranchised tramp (Chalamet).

“Bones and Everything” is among the ever-growing number of adaptations of Mieli under his famous Roman brand The Apartment Pictures. Next time, the company will release Sofia Coppola’s feature film “Priscilla”, based on the memoir “Elvis and Me” by Priscilla Presley.

“We got in touch about the series she was preparing, and this movie came out in the process. She wrote this wonderful script based on the book,” Mieli said of Coppola and the film. “I was so passionate about working with her.”

However, Mieli said his company, which is backed by Fremantle, is finding it increasingly difficult to acquire intellectual property for manufacturing.

“It’s very difficult because it’s becoming more and more competitive due to competition not only between producers, but also streamers who have a huge appetite for real estate,” he said. “So it created a crazy moment in the acquisition of intellectual property.”

Mieli also teased a new feature film project with Sorrentino. The producer said that Sorrentino is currently working on a new idea.

However, “Bones and Everything” is released in theaters on November 23.