Home Entertainment The prize fund of The International 2022 is $8 million less than... 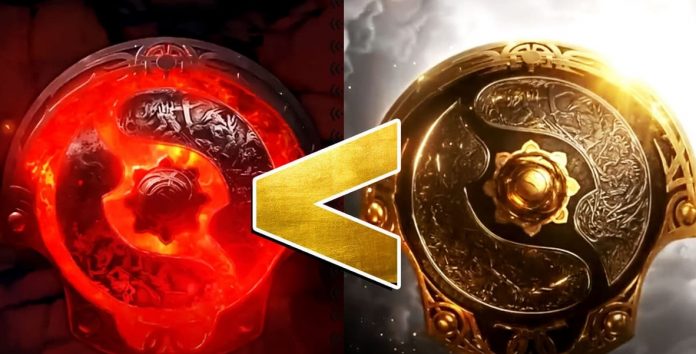 The International is the largest esports event in Dota 2, which is held annually. It is also arguably the largest annual event in the esports industry. At least in terms of prize funds, The International’s total cash prize awarded to the winning teams is truly insurmountable. This year it seems that this “insurmountable” mountain of cash prizes will not be able to beat Valve itself.

Part of the reason is how the prize fund of The International is funded. Every year, Valve allocated $2 million of its own money as seed capital for the tournament. Valve then issues a combat pass, which additionally funds the prize pool. Each purchase associated with a combat pass increases the prize pool by 25% of the amount spent by fans on a combat pass.

The Valve model is very successful here, as the Battle Pass entity used in other video games is actually modeled after Valve’s enterprising financial model. Fans receive exclusive skins that are tied to the combat pass most of the time and will never be obtained in any other way again. The Battle Pass also gives fans access to additional content, such as seasonal game modes, quality of life improvements, and other features such as in-game fantasy betting.

However, fans are not very happy with this year’s battle pass. This can be seen by how much the prize pool has changed since the release of the combat pass — a direct indicator of how fans spend money on a combat pass. The tracker of the International Prize Fund shows that this year’s prize fund is $8 million less than in the previous year for about the same period. In fact, the prize pool was the lowest since The International 2016. This means that fans were not as eager to spend money on a combat pass as they have been in the last six years.

To be fair to Valve, the 2021 Battle Pass has just released core content at the thirty-day mark, which has spurred spending among fans, while the 2022 Battle Pass has so far not had any significant updates that would have the same effect.

In addition, fans are also questioning Valve’s decision to extend the Battle Pass beyond The International. As mentioned above, purchases related to the combat pass will contribute to an increase in the prize pool of The International — but will this remain the case after the end of the tournament? Will the prize pool be updated and will teams and players receive compensation for purchases in the combat pass after the TI Grand Final? Valve has not yet solved these problems and remains the subject of controversy in the Dota 2 community.

Meanwhile, purchases and expenses of a Battle Pass usually increase dramatically in the middle of its validity period. Valve still has a chance to get it right and encourage fans to spend more on a battle pass. However, it will take more than just goodwill gestures to recover — this year’s prize pool still has a long way to go before it can surpass last year’s. And if this fails, for the first time in the 12-year history of The International, the prize pool will not be higher than last year, and may become a sign for years to come for Dota 2 and The International. International.