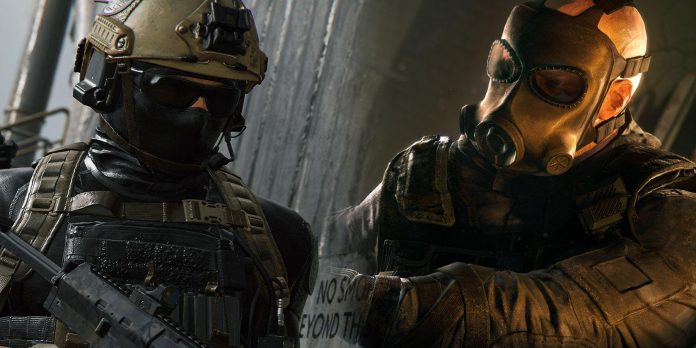 In the gaming field, it is often joked that each annual issue of Call of Duty is, in fact, the same game, only with a different design. While this has definitely been the case in the past with several games, and in some Call of Duty sequels, almost no mechanics or even assets have changed, the same cannot be said about the upcoming Call of Duty: Modern Warfare 2. Despite using some familiar mechanics, Modern Warfare 2 expands on its 2019 predecessor in some key aspects, one of which is the new game modes.

In addition to the new Gunsmith 2.0 weapon customization system, smoother animations and new movement mechanics, Call of Duty: Modern Warfare 2 is going to introduce a lot of new game modes to the franchise. Despite the fact that all the classic elements, such as TDM and Search and Destroy, will remain in the game, fans can also try a few more tactical modes, one of which is very similar to Rainbow Six Siege.

One of the new modes that appeared in Call of Duty: Modern Warfare 2 is called “Prisoner Rescue”. In this 6 vs 6 mode, one team will take on the role of attackers, and the other will become defenders. The defensive team is tasked with protecting two hostages from the opposing team, who will try to steal these hostages and return them to their respawn zone. The round ends when either all team players are killed or both prisoners are successfully rescued. The rescue of prisoners ends when one team scores 500 points, while each rescued prisoner earns 100 points to the team, and the destruction of the team also gives 100 points.

For fans of Rainbow Six Siege, this game cycle will seem quite familiar. In one of the main game modes Rainbow Six Siege called “Hostage”, the attacking team is tasked with pulling out the hostage, and the defenders must restrain him. The overall cycle of both game modes is almost identical, and the “Prisoner Rescue” mode in Modern Warfare 2 even allows players to revive each other, which is also present in the “Siege”.

However, despite minor changes in the mechanics of Infinity Ward, the prisoner rescue mode in Modern Warfare 2 is still not as tactical as in Rainbow Six Siege. Due to the fact that in Modern Warfare 2 the movement speed is higher and the characters’ abilities are absent, each round of prisoner rescue can be completed in a matter of minutes, while a siege round can last quite a long time if each team thinks strategically. Based on first impressions from the first weekend of beta testing of Modern Warfare 2, it seems that Prisoner Rescue is not played exactly as Infinity Ward intended.

Instead of trying to capture the hostages and escort them back with the whole team, most players will apparently make eliminating the opposing team their priority, often completely ignoring the hostage-taking objectives. Similarly, the reviving mechanics are rarely used by teams and can lead to very fast matches. If Infinity Ward wants to promote Prisoner Rescue as a slower strategic game mode of Modern Warfare 2, then it will need to encourage players to stick to goals for a little more than just a 100-point bonus to the team’s final score. For example, a more worthy reward for the successful release of a hostage will be an instant victory of the team, which will serve both to encourage team play and to increase tension in the match.

PS Plus subscribers can get a new Call of Duty: Warzone...