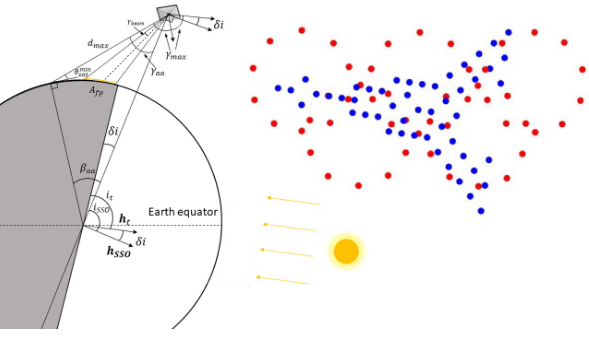 Russian scientists have developed a system of possible advertising signage that can be placed in space. The scientists’ system consists of icons that consist of more than one satellite and can be observed from earth by the movement of the satellites.

“Space advertising”, which has been one of the problems since humanity first physically visited space, has recently become the subject of research. Scientists from Skolkovo and the Moscow Institute of Science and Technology in Russia have studied what needs to be done to place advertising signs in space.

The scientists listed the requirements for such a project in their study. According to a study published in MDPI, we need to send 50 satellites the size of a shopping bag into space to place advertising signs in space.

The satellites will take certain shapes so that they can be seen from the ground:

50 satellites will be able to create symbols and letters that look meaningful when viewed from earth, moving in a certain order in orbit. In fact, these forms will constantly change depending on the target audience and the advertiser’s region on earth. For example, people in Russia will be shown the letter A, and the satellite will show the letter B when it starts reflecting light on Europe.

The cost of placing satellite signage in space will be $ 65 million. On the other hand, scientists shared that with the help of this system, it is possible to make a profit of $ 4.6 million for advertising and a total of $ 111 million for the maximum 3-month life of satellites. Of course, this study did not consider the question of whether we want to see ads when we look at the sky…

Blushing: Why 4*Town songs are so good