Home Crypto The Price May Increase By 50 Percent! In This Joke Coin Rally... 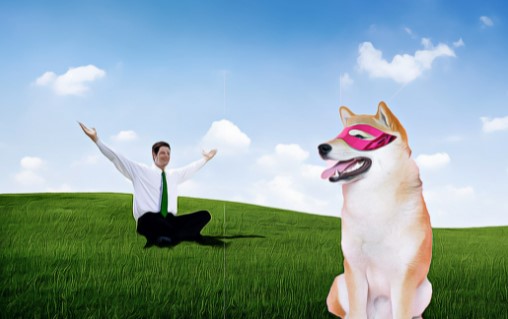 With Bitcoin regaining $50,000, altcoins, whose price is getting cheaper, offer great earning opportunities. Users who managed to buy from the bottom have already made double-digit gains. What if we say there is an altcoin that promises more? Current technical data raises the possibility of a rise of over 50% for this altcoin.

The price, which increased by 25% after the bottom it saw, is in the 0.0001428 region at the time of writing. FLOKI bulls are focused on reversing losses that engulfed the entire market last week and widened during the flash crash that turned the entire crypto market red over the weekend.

FLOKI/USDT price formed a double bottom pattern on the four-hour chart after selling was halted at $0.00011870. This level is adopted by the intraday low of November 28 and confirms the formation of a double bottom chart pattern. This is an exceptional bullish chart pattern that usually results in a trend reversal.

Note that this pattern is formed when an asset tests a support level twice without falling below it. The two bottoms are usually separated by a moderate top as shown on the FLOKI/USDT four-hour chart.

A breakout from this technical pattern will be confirmed when Floki Inu price breaks above the resistance level equal to the top at $0.000226. If FLOKI reaches this level, it will have risen about 51.83% from the current price, which rose above the crucial psychological level of 0.000220. This bullish scenario is supported by the MACD. The uptrend will gain more momentum when the MACD crosses the neutral line into the positive zone.

If the price can close above $0.000470, the uptrend will continue. It is worth noting that the uptrend will be invalidated if the RSI pulls back towards the oversold zone. Closing the day below $0.000145 will also dampen recovery efforts and trigger another sell-off, making the November 28 low of 0.0011870 possible again.

Although the technical data promises a 50% increase, there is no certainty. With a negative news that may come, the price may decrease by 50%. This is exactly why you need to choose your current stop zones well and do the risk analysis yourself.