Home Tech The price list for the Oppo Find X3 series has appeared! 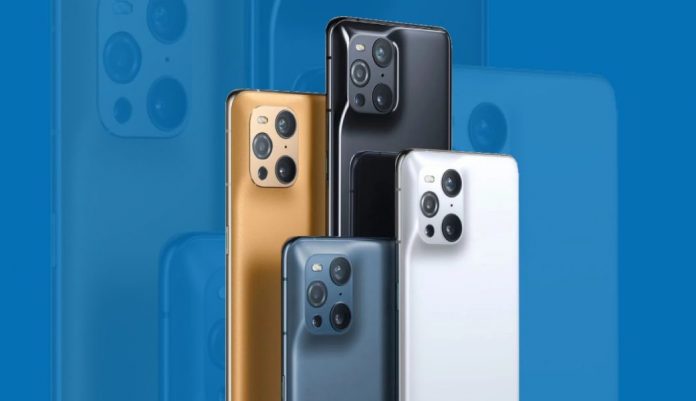 The highly anticipated Oppo Find X3 is one of the phones whose existence has been known for a long time. Details of the features that the phone will offer have been previously given. However, new leaks continue to emerge for the Find X3 series. The latest leak includes details about the price list of the Oppo Find X3 series.

Preparing to introduce the new Find X3 series models, Oppo will meet its fans with three new models. Oppo Find X3 series models, which will be launched on March 11, will take their place on the shelves in mid-April. Until today, various leaks related to the series have come up. However, the price issue remained uncertain. We can say that this uncertainty disappeared with the last leak.

How much will the Oppo Find X3 series prices be?

According to the list revealed by 91Mobiles, the most affordable model in the Find X3 series will be the Find X3 Lite. Because a pricing between 400 and 500 Euros is mentioned for the Find X3 Lite. The Lite model, which has two different color options, blue and black, comes with 8GB of RAM and 128GB of storage.

For the other member of the series, Neo, a pricing between 700-800 Euros is mentioned. Let us mention that the Neo model will come with 12GB of RAM and 256GB of memory. However, the Neo model will be available in two different color options, black and silver.

Find X3 Pro, the heavy brother of the series, will be offered to users with four different color options. The model, which will come in white, black, blue and orange color options, will have a price between 1000 and 1200 Euros. It is also among the additional information that the device will have 12GB RAM and 256GB storage option.

In the meantime, the leaked list includes details of two different models besides the Oppo Find X3 series. The models, which will be offered at a more affordable price scale than the Oppo Find series, have taken their place in the list with the names A94 and A54. Again, according to the leaked information, Oppo’s A54 model, which will be priced between 200-300 Euros, will come with black and purple color options.

The other affordable model, A94, will have a price tag of between 300 and 400 Euros. The A94, which differs from the other model in terms of color options, will be offered with two different color options, black and blue. With the launch to take place on March 11, 2021, various leaks continue to emerge for the Oppo Find X3 series.

Excessive Temperatures According to Scientists Will Threaten 1.2 Billion People