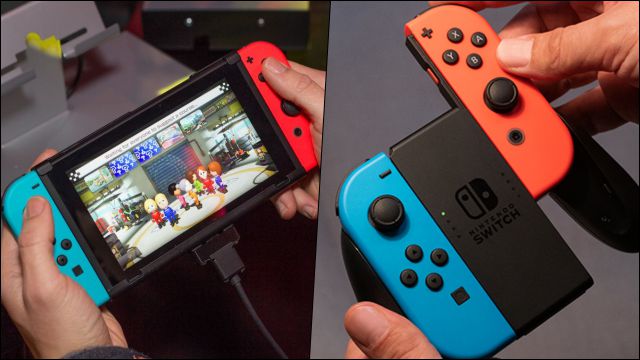 Nintendo America: Despite rumors about a “Nintendo Switch Pro”, as it is known on the networks, Doug Bowser offers a corporate stance supported by technology. Doug Bowser, president of Nintendo of America, is aware of the buzz surrounding the future of Nintendo Switch, his current hit console. After the celebration of E3 2021, of which we have known the lineup of video games on the way for the platform in 2021, doubts continue to be sown about the hardware and an eventual redesign with improved features, supported by sources such as Nikkei or Bloomberg.

“We are always studying technology and how it can improve gaming experiences. It’s not about looking for technology for technology’s sake, ”Bowser explains to The Washington Post, suggesting that these studies are not banal, but with a purpose that looks to the future.

“It’s about how that technology can improve the gaming experience. And then where is that technology applied? Do you want to use it on the hardware of current platforms, or do you want to wait for the next platform? What is the appropriate gaming experience? There are many factors that come into play, and that is something we are always analyzing ”, he assumes, without giving a precise answer on whether or not they are working on a new Nintendo Switch, currently with four years on the market and two models; the original, released in 2017 and retouched in 2019 with a bigger battery; More Nintendo Switch Lite, released at the end of 2019.

Nintendo Switch is “redefining” the life cycle of a console, says Nintendo America

“As it enters its fifth year, Nintendo Switch is redefining what the life cycle of a console can be, and the vitality of that life cycle with a great cadence of content,” he adds.

To date, Nintendo Switch has shipped 84.59 million units, a speed such that it will exceed the accumulated sales of Wii in just a few months. You will do it in less than five years. Shuntaro Furukawa, president of Nintendo, assured months ago that the console is in the middle of its life cycle and that they plan to extend its success “for years.”

What would that new model of Nintendo Switch offer?

If the information reported by different media is fulfilled, we would be talking about a Nintendo Switch with an OLED panel (better color interpretation, lower consumption, higher general quality) of seven inches diagonal manufactured by Samsung, ability to reach 4K resolutions thanks to the use of Deep Learning Super Sampling (DLSS) techniques with Nvidia technology and a new chip from the same company to improve the performance of video games.

If this model is announced, apparently scheduled for publication between the months of September and November, it will be revealed in the coming weeks. Nintendo Switch Lite was announced on July 10, 2019.

Spain Is Preparing For A War In Cyberspace: Russian Cybercriminals