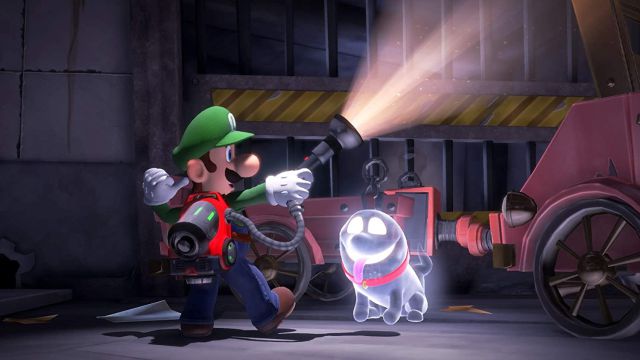 Next Level Games: Douglas Tronsgard leaves the company a year after Nintendo’s purchase of the studio. Thus, he closes a period of twenty years in the studio. Douglas Tronsgard, co-founder, CEO and until now president of the Canadian studio Next Level Games, has announced his retirement. After twenty years at the helm of the company, based in the city of Vancouver, Canada, Tronsgard has led a team capable of seducing Nintendo as one of its preferred partners for licenses such as Mario Strikers or Luigi’s Mansion.

The news comes a year after the purchase of Next Level Games by Nintendo was announced, which after almost fifteen years of work —the last seven as a second party— went on to become one of the great western subsidiaries of the great N. The work of Tronsgard has come to an end; now is the time to rest and hand over to new talent.

“After more than 20 years in the video game industry, I am pleased to announce my retirement,” Tronsgard said in a statement. “I wanted to say thank you to everyone who has helped me on my way to get here. A special thanks to Nintendo for believing in me and Next Level Games. It has been a true honor for me to be a part of the incredible history of NLG.” And he concludes: “I am looking forward to starting a new chapter in my life that should involve many trips with my wife.”

Next Level Games, from Mario Strikers to Luigi’s Mansion

Next Level Games is mainly known for the two mentioned intellectual properties. The first of these, Mario Strikers, sealed its name in the history of both GameCube and Wii in 2005 and 2007, respectively. Along the way, the return of Punch-Out!! (2009, Wii), Luigi’s Mansion2 (2013, 3DS), and Metroid Prime: Federation Force (2016, 3DS).

Not in vain, it was on Nintendo Switch where they reached their highest levels of quality, critical acclaim and sales with Luigi’s Mansion 3 for Nintendo Switch in 2019. Until last December 31, the third numbered episode of the plumber saga de verde has more than 11 million units sold: the best-selling Nintendo video game from a Western studio in history.

The following appointment has a name and surname: Mario Strikers: Battle League Football, scheduled for June 10, 2022 exclusively for Nintendo Switch. We tell you everything about the title in this article.