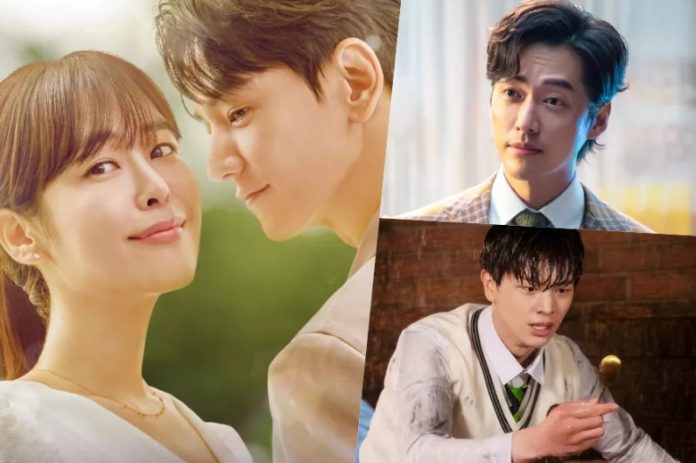 The battle for the ratings of doramas on the weekend is heating up!

On September 24, the premiere of the new KBS 2TV drama “Three Brave Brothers and Sisters” took place, which received the highest ratings of viewers for the entire evening. According to Nielsen Korea, the first episode of the series received an average nationwide rating of 20.5%, making it the most watched program on any channel on Saturday.

“Three Brave Brothers and Sisters” is a romantic drama starring Im Joo Hwan as Lee Sang Joon, a famous actor who is the eldest son in his family. When he gets into an unexpected accident during filming, he reunites with Kim Tae Joo (Lee Ha Na), his first love from elementary school, who is also the eldest of her siblings and grew up sacrificing everything for her family.

Meanwhile, another new drama kicked off more quietly last night: JTBC’s “Empire”, the premiere of which received an average nationwide rating of 2.4%. Starring Kim Song-ah and Ahn Jae-wook, the drama is about the private lives and dark secrets of an overly ambitious “royal family” that runs Korea’s most prestigious legal circles.

The SBS series “Lawyer for One Dollar”, which premiered the night before received high ratings, the second episode rose to an average of 8.5% nationwide, which made it the most watched miniseries of the evening. The new drama starring Namgong Min also continued to perform well among the key demographic of viewers aged 20 to 49, with an average rating of 3.1 percent.

MBC’s drama “The Golden Spoon,” starring BTOB’s Yook Seongjae and airing in the same timeslot as “One Dollar Lawyer,” surged more than 2 percent as its own rating jumped to a national average rating of 7.4 percent. the second episode.

In the face of all this new competition, tvN’s “Little Women” dropped to an average nationwide rating of 6.0 percent as it entered the second half of its circulation. However, even despite the decline, the popular drama still managed to stay in first place in its time slot on all cable channels.

Finally, the fourth episode of the tvN series “Blind” rose slightly to an average national rating of 2.6 percent.

How much money would Melania receive if she divorced Donald Trump?