Home Entertainment The premiere of She-Hulk is postponed to August 18, and episodes will... 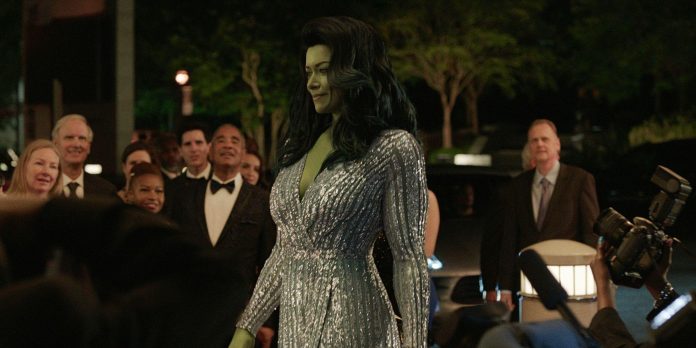 Any fans preparing for the She-Hulk premiere will have to wait a little longer, or rather 24 hours, according to Marvel Studios’ own announcement, a brand new MCU series is moving from its original Wednesday slot to Thursday.

So far, Marvel shows on Disney Plus have alternated between releasing new episodes on Friday and Wednesday, with “Loki” being the only series that moved the MCU to the middle of the week, unlike “Vandavision,” “Falcon” and “Winter Soldier.” However, since Disney also has to combine new Marvel content with equally popular Star Wars spin-offs, the company has changed its approach several times to find the ideal streaming frequency.

RELATED: 10 Marvel Characters with the Worst Design in the MCU

That’s likely to be the main culprit here, as Marvel has confirmed that the Hulk Woman will permanently move to Thursdays starting with its premiere in just a couple of weeks on August 18, although no announcement has been made about whether this will affect other MCU content. The move is also related to Andor’s latest trailer, which pushes its release almost a month later, although the “Rogue One” prequel will be released on the same days as the animated “Star Wars: Bad Batch” at the end of September.

During Disney’s latest experiment, Ms. Marvel and Obi-Wan Kenobi briefly crossed paths with each other, and this mysterious decision is supposed to have had a slight negative impact on the audience in the first few days after their release. Returning to the different days of Marvel and Star Wars is likely to improve content distribution and provide additional analytics results for the company.

The timing of streaming shows is certainly a key component of Disney’s content strategy, and while there’s no doubt that executives have left room for experimentation, some of these decisions are somewhat questionable. This topic will become a key one, especially after Marvel starts releasing more content, such as the second season of the cartoon “What If…?”.

Even when movies like “Doctor Strange in the Multiverse of Madness” have been added to streaming, they also come out on the same day as new episodes of “Miss Marvel,” which creates a similar conundrum for Andor and “Bad Batch” next month, when fans will have to choose. which they should devote their time to.