Home Entertainment The premiere of season 6 of “Rick and Morty” is scheduled for... 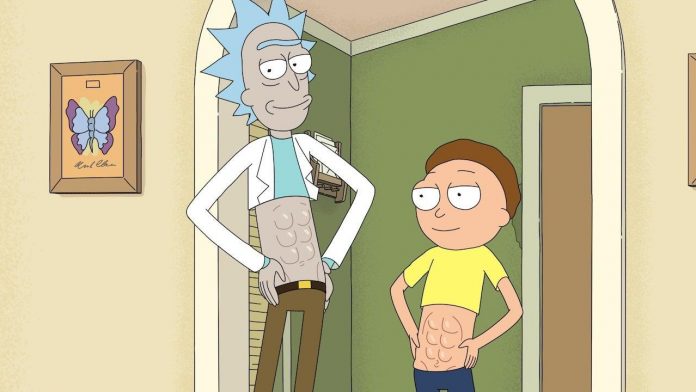 Adult Swim has announced that the premiere of the 6th season of “Rick and Morty” will take place on September 4 worldwide and throughout the multiverse.

The premiere of the long-awaited sixth season will take place on September 4 at 23:00 Eastern/Pacific time, starting from the place where we left the anarchic duo at the end of the fifth season. According to the official logline of the new season, Rick and Morty will be “tired due to wear and tear and failure,” but “will they be able to return to new adventures? Or they will be carried away into the ocean of urine! ”

If you’re wondering what exactly awaits Rick and Morty in the next episodes, the synopsis teases: “Family! Intrigue!” and maybe even “A bunch of dinosaurs!” Anyway, Michael Ouwelin, president of Adult Swim and Cartoon Network, promised another “cult season” after the intergalactic antics of the main characters of the show.

“It’s hard to overestimate the impact of Rick and Morty. It’s more than a popular show, it’s really a global phenomenon,” Ouwelin said of the Emmy Award—winning comedy series, which has now been viewed more than 10 billion times worldwide on linear channels. , digital and streaming. “As we prepare for the launch of this soon—to-be iconic season, we will provide fans with a unique way to participate in the fun – so stay tuned.”

Adult Swim concluded the fifth season of Rick and Morty with a two-part finale on September 5, 2021, which means that the upcoming sixth season comes almost a year after we last caught up with the dimension-hopping duo. The last episode introduced fans of Evil Morty and the Evil Morty Plan, Rick and Morty’s Citadel, as well as a good look at what the big multiverse is doing.

Created and produced by Justin Roiland and Dan Harmon, “Rick and Morty” features the voice acting of Roiland as Rick Sanchez and Morty Smith, Sarah Chalke as Beth Smith, Chris Parnell as Jerry Smith and Spencer Grammer as Summer Smith, as well as many others. have been a part of history until now.

IGN’s review of the finale of the fifth season of “Rick and Morty” called it “a lore-filled conclusion to one of the strongest seasons at the moment.” However, he also noted that the half-hour episode threw canonical material to viewers “at a dizzying and sometimes confusing speed,” which ultimately made its fast-paced plot points “difficult to understand and clearly rushed.”