Home Entertainment The premiere of “Bad Prosecutor” took first place in the ratings +... 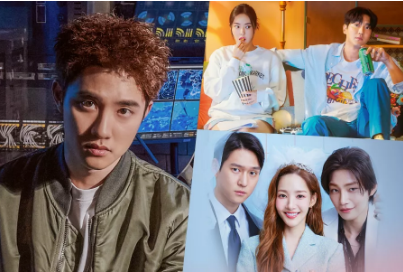 The first episode of “Bad Prosecutor” has started pleasantly!

According to Nielsen Korea, the premiere of the series “Bad Prosecutor” on October 5 scored an average of 4.3% in the country, taking first place among the dramas broadcast on Wednesdays and Thursdays. “Bad Prosecutor” tells about an ill-mannered prosecutor with criminal tendencies who believes in fighting for justice by any means. EXO’s Dio plays Jin Jung, the titular “bad prosecutor” who is determined to destroy those who use wealth and power to live outside the law. Lee Se Hee plays one of the main roles as Shin Ah Ra, a cold-blooded and very competent senior prosecutor.

ENA’s “Love for Suckers” also premiered the same evening, receiving an average nationwide rating of 0.8 percent. Dorama is a romantic comedy in which Lee Da Hee and Choi Siwon from Super Junior play two best friends who have known each other for 20 years. When they meet as a production director (PD) and an actor of a reality dating show, they suddenly begin to have romantic feelings for each other.

Meanwhile, “Love by Contract” on tvN received an average nationwide rating of 3.0 percent, which is slightly lower than its rating the previous week of 3.6 percent.

Are you excited about “Bad Prosecutor” and “Love for Suckers”? Share your thoughts with us in the comments!

The Batman Takes Our Breath Away In His Latest Trailer With...