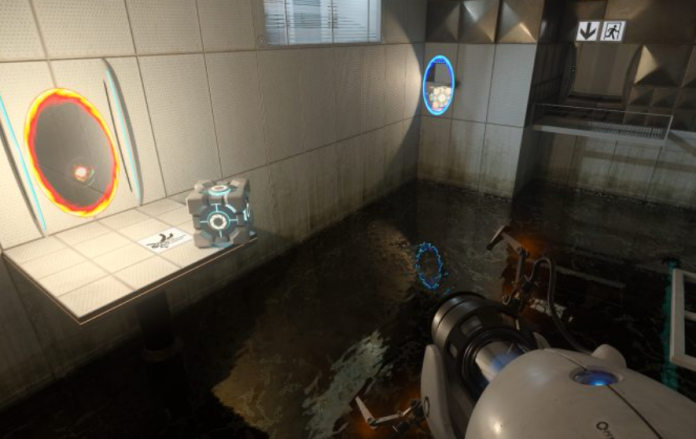 Nvidia has announced details of the launch of Portal with RTX, a free downloadable content (DLC) that adds ray tracing and DLSS 3 to Valve’s puzzle platformer.

The release of Portal with RTX DLC, scheduled for December 8, will be free for existing Portal owners and will add a number of modern visual updates to the game, first released in 2007.

These visual updates include RTX, which significantly improves the lighting in games, as well as Nvidia’s DLSS 3 support, which allows players to run more graphics-demanding games with a lower input resolution, as the feature zooms in on it, making it easier to run the game without it. affects the appearance of the game.

“Every frame of gameplay is enhanced with stunning full ray tracing, new, hand—crafted, physically realistic high-resolution textures, and new improved high-polygonal models resembling the originals, all in stunning 4K,” the Steam page for the Portal says. with RTX.

On the eve of the December DLC launch, Nvidia shared a blog post indicating the system requirements for Portal with RTX, which are worth checking, since not all video cards can use RTX and DLSS3.

Spitzer added that Lightspeed Studios’ previous experience in implementing RTX in Minecraft and Quake 2 “gave Valve the confidence to entrust us with the introduction of modern graphics technologies in their legendary game.”

Portal with RTX comes out a few months after Portal turned 15 years old — and although the game was continued in 2011, there was no word on whether a third Portal was in development.

In September, voice actress Ellen McLane — the voice of the Portal GLaDOS villain —gave fans of the series her “blessing” to write to Valve and ask for Portal 3, a few months after Portal screenwriter Eric Woolpaw said he “would like” to return to the series.