Home Entertainment The popularity of the Big Man is reminiscent of the Legend of... 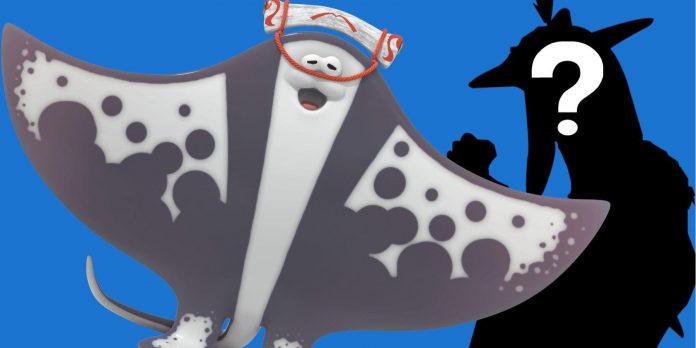 In the few days since the most recent Nintendo Direct broadcast dedicated to Splatoon 3, fans couldn’t stop talking about one particular character: the band member/host of Splatfest Big Man. The huge manta ray, which is part of the Deep Cut group, has already become a source of fan art, memes and online conversations. Some fans even prematurely announced their support for Big Man long before the first Splatfest in Splatoon 3. This surge in popularity of the cheerful aquatic male character has led some fans to resemble the same popularity enjoyed by Prince Sidon from The Legend of Zelda: Breath of the Wild.

The Big Man Deep Cut band performs music and hosts the Anarchy Splatcast news show. Big Man’s bandmates include an octoling named Shiver, who is described as a shark tamer, and an energetic inkling named Fry. Together, the band holds the first in a series of Splatfests with the participation of three teams, and also performs energetic music with a distinct Kabuki inspiration. Although fans reacted positively to all three members of Deep Cut, Big Man quickly became head and shoulders above the rest in terms of popularity, which reminded Zora Prince of Breath of the Wild.

Sidon stood out for his appearance and personality

Sidon, who first appeared in The Legend of Zelda: Breath of the Wild, is the prince of the water people of Zora. He seeks Link’s help in calming Va Ruta, the raging Divine Beast responsible for the constant downpour over Zora’s Domain and the surrounding riverlands. Sidon first helps Link down the river to Zora’s domain, and then stands next to him while the hero tries to gain access to the inside of the Vah Ruta. Link can even ride Sidon’s back while dodging the Divine Beast’s icy attacks. Later, Sidon appears in flashbacks taking place a hundred years before “Breath of the Wild”, where he is shown as a baby with his sister Mifa.

Fans have latched onto Sidon because of his positive attitude, as he is constantly shown cheering Link on and shouting out positive affirmations with his trademark twinkling smile. Another element that attracted attention was his height-Sidon is several feet taller than Link and is the tallest of Zora’s characters, except for his father, King Dorefan. Some fans stated online that they found Sidon cute despite his shark, quickly named him their favorite character and used the in-game photo feature to take lots of photos of the jolly prince. Some players even rushed to Zora’s Domain right after the game was launched just to meet this surprisingly popular character.

A big man is loved for being unique

There are many similarities between the rapid rise in popularity of Bigman and Sidon. Both are notable for their size, as they are significantly taller than other characters with whom they often interact, and therefore stand out sharply. Both are loved for their positive nature — Bigman didn’t talk much, but he has a constant smile on his face, and it seems he wants to cheer up his fans during the upcoming Splatfest, in which he heads Team Scissors. In addition, both turned out to be cute, despite their fish-like appearance: fans describe both as attractive and willing to see stuffed animals and other character merchandise.

In addition to his appearance, the Big Man attracted the attention of the Internet also because he is very different from the announcers of the Splatfest series. Splatoon had squid sisters, Callie and Marie, and Splatoon 2 featured Off the Cuff featuring Octoling Marina and Inkling Pearl. The Big Man is the first presenter in the series who is a man; he is also the first who is not an inling or an octoling, which distinguishes him favorably from his predecessors. He even speaks uniquely, it would seem that he can only say the word “au”, which is then translated in parentheses, so its true meaning is transmitted.

This comparison can be good news for a big man

Sidon’s popularity among fans of “Breath of the Wild” ultimately greatly benefited Prince Zora. Firstly, Sidon additionally appeared in the DLC Champion’s Ballad, where his childhood form was revealed, which also seemed cute on the Internet. Sidon later became a playable character in the musou-style spin-off Hyrule Warriors: Age of Calamity, where he travels to the past to help Myth and other champions. It is currently unknown if Sidon will appear in the upcoming sequel to Breath of the Wild, but his popularity means he will be a wise choice for Nintendo.

A big man attracting such love from the moment of his disclosure can definitely lead to a bigger role as a Deep Cut participant in the future. There is definitely a precedent — Callie and Marie appeared as Assist Trophy in Super Smash Bros. Ultimate, and Pearl and Marina will appear in Splatoon 3 under the new name Damp Socks ft. Off the Cuff.

Rain and Kim Bum together in hilarious sneak peek of fantasy...