Home Entertainment The popular Six Flags Roller Coaster is Closing, But Now There Is... 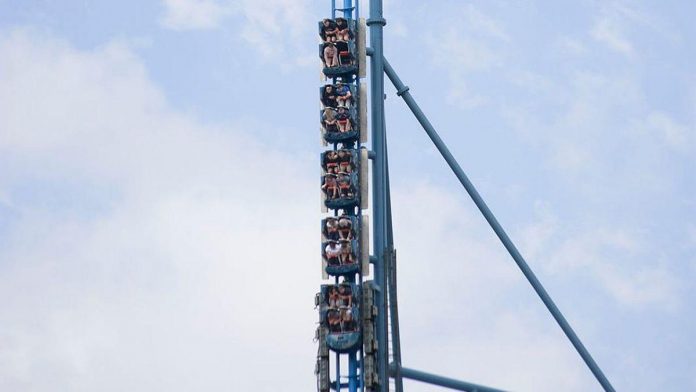 Every ride in an amusement park is someone’s favorite, but parks always need to add new attractions and experiences so that guests return from year to year. This means that sometimes a popular attraction has to give way to something new. It seems that this was the case with Mr. Freeze: Reverse Blast in Six Flags Over Texas, which recently announced a “last chance” to ride it, but now everything is not so clear.

Last week, Six Flags announced that September 11 would be the last chance to ride Mr. Freeze: Reverse Blast, a roller coaster named after the popular Batman villain. Of course, the words “last chance” gave the impression that the attraction was closing, probably giving way to something new. This upset many fans who like the roller coaster, many of whom begged on social media to abandon the ride. And then the official website of Six Flags Over Texas published a tweet in which they simultaneously confirmed the date of the “last chance”, and also indicated that the trip was still not going anywhere.

Needless to say, it’s more than a little confusing, is the attraction closing or not? Your last chance to ride it in less than two weeks, but it’s not going anywhere? Obviously, Six Flags is having fun.

There are several possible ways to parse this language in a way that makes sense. Most likely, starting from September 12, Mr. Freeze: Reverse Blast will stop large-scale reconstruction, as well as recycling. If it was just a renovation, the park would almost certainly say so. These things happen all the time.

Perhaps the attraction will remain more or less as it is, but when it returns, it will do so under a different name, similar to what Disney is doing with Splash Mountain. Maybe the attraction will completely lose touch with Batman, or maybe the theme will be transferred to a new character. Six Flags has the rights to use most of any DC characters, because when many of these attractions were first created, the parks were owned by WB, and a deal was made allowing the operation to continue after the sale of Six Flags.

Alternatively, the theme may remain the same, but the trip may change significantly. This has actually already happened once. The original Mr. Freeze roller coaster opened in 1998 at Six Flags Over Texas and Six Flags St. Louis. The original slides were forward-facing, but in May 2012 both versions of the attraction were reopened as Reverse Blast using backward-facing trains.

Perhaps after a decade of Reverse Blast, the decision was made to return to the forward-moving train at Six Flags Over Texas. No changes have been announced in St. Louis, so perhaps the idea is to have one slide moving in each direction, which would allow each park to have a unique version of the attraction. Alternatively, perhaps there will be some other significant changes on the horizon that will make Mr. Freeze a different roller coaster than he is today, but will not make him fundamentally something completely new.

These seem to be the most likely scenarios, although perhaps something else is in the mix. Hopefully we’ll find out what’s going on before Mr. Freeze: Reverse Blast closes, at least for now.