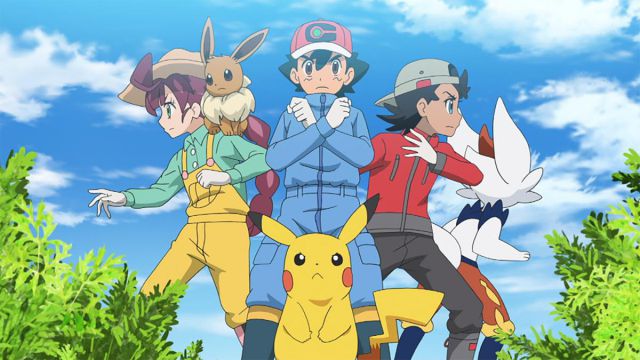 The Pokémon Master: Season 24 of the Pokémon animated series can be seen in a new trailer and will arrive in Spain this year 2021. The adventures of Ash and Goh. The Pokémon Company has announced that season 24 of the Pokémon animated series, Pokémon Master Travels, will arrive sometime in the second half of 2021 in Spain (September 10 in the United States). On the occasion of the announcement, the company has presented us with the first official trailer dubbed into Spanish —with the usual voices— of this second season of the Pokémon Travel story arc, which narrates the adventures of Ash and Goh in the entire Pokémon world; from Kanto to Galar.

In the absence of knowing the platform on which all the episodes of this season 24, Pokémon Master Journeys will be broadcast, we can take a look at an official synopsis. So far, the last seasons (including the Sun and Moon arc with all the episodes) can be seen on Netflix.

“You’ll see our heroes continue their Pokémon research for the Cherry Lab, and Ash, of course, remains focused on fulfilling his dream of becoming a Pokémon Master, rising through the ranks in the Coronation World Series.” It will be in this season when the character of Chloe comes into play, a Pokémon Trainer with an Eevee that seems to point to Ash’s new partner in her adventures.

Marvel’s Avengers has added the Hulk gladiator costume from the movie...

Spider-Man 3: Electro Has A New Look Exposed In A Commercial;...