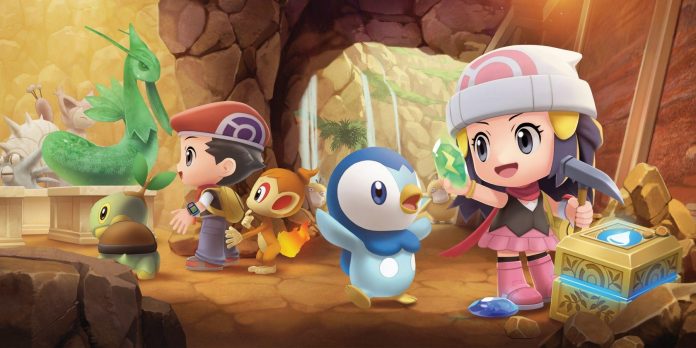 Pokemon is no stranger to free Pokemon giveaways throughout the legendary history of the monster-catching franchise. Especially with the advent of online gameplay, The Pokemon Company regularly distributed free promotional Pokemon in the form of Mystery Gifts or as part of promotions with retailers. Pre-orders and early purchase bonuses also regularly include special Pokemon that are added to the package, and players can purchase Pokemon with unique looks or abilities. Now the newest Pokemon promotion gives fans Clefairy, but there is a big problem with its availability.

Pokemon Company recently announced that its next Pokemon giveaway will provide Pokemon Brilliant Diamond and Shining Pearl players with free Clefairy. The promotional Pokemon boasts a powerful special set of moves, including attacks such as Moonblast and Zen Headbutt. However, at the moment the promotion is confirmed only for Japan, where players can get Clefairy in Pokemon Center stores. The event is scheduled to begin early next month, on September 3, and will last until September 11. Pokemon has not yet confirmed whether Clefairy will be available worldwide.

The promotion will not be exclusive to Pokemon Brilliant Diamond and Shining Pearl, Pokemon Sword and Shield and Legends: Arceus players will also be able to purchase Clefairy. The set of Pokemon movements will be different for players choosing Clefairy in Legends: Arceus, and Metronome and Moonlight will be replaced by Swift and Shadow Ball. No details about Clefairy’s ability, level, or other special privileges with the promo Pokemon have been confirmed, other than his set of moves.

The free Clefairy is the latest in a long line of Pokemon giveaways in major retail stores. GameStop often offers promo codes for players to get their hands on exclusive Pokemon that previously hosted the brilliant Zacian and Zamazenta event. Nintendo Pokemon Center’s own stores also often host events to distribute not only in-game Pokemon, and at the opening of the British Pokemon Center, a commemorative Charizard card is awarded. Mystery Gifts have also become a popular means of distributing digital advertising Pokemon.

Pokemon made a splash in the franchise during 2022, releasing several high-profile releases and updates throughout the year. Pokemon Legends: Arceus was released with huge success in January, and the next generation of video games is confirmed with the release of Scarlet and Violet later this year. Pokemon GO also started the year with a major update in March, adding seventh-generation Pokemon from the Alola region to the game. With the next generation fast approaching, The Pokemon Company’s new promotion will give players another reason to download their Gen 8 games.

Bram Stoker: Discover Other Unmissable Works By The Author of Dracula