Home Entertainment The players of Red Dead Redemption 2 shared the secret of the... 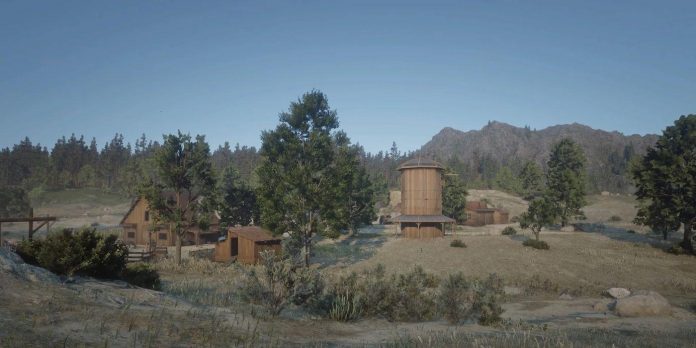 The Red Dead Redemption 2 player recently discovered a secret moment, which many fans probably missed, in the game’s epilogue. The open-world western from Rockstar Games serves as a prequel to the original game, complementing the backstory and introducing a completely new group of bright characters. Rockstar Games has completely stuffed Red Dead Redemption 2 with details, making the open-world game an impressively addictive game.

In Red Dead Redemption 2, players play Arthur Morgan, a violent criminal and a member of Dutch Van der Linde’s gang. The action of RDR2 takes place at the sunset of the Wild West. The Van der Linde gang is fighting to stay ahead of the law and survive in an increasingly civilized America. The narrative is based on the conflict between Arthur Morgan’s moral compass and loyalty to Dutch, and the protagonist of Red Dead Redemption John Marston also plays a key role in the story. The open world of the game is stunningly detailed and filled with content that gamers will like, and the long epilogue in Red Dead Redemption 2 means that players can continue to enjoy the world after the story ends.

Reddit user Riddey_ recently shared a secret interaction hidden in the epilogue of Red Dead Redemption 2. After two quest chapters, players are left to manage John Marston while his family lives on a peaceful farm in Beecher’s Hope. Players can interact with Abigail, Jack and Uncle, but the touching detail allows John to join his wife while she enjoys the beautiful ranch. The animation, in which John puts his hands on his wife’s shoulders and silently looks at Beecher’s Hope, seems to be performed by greeting Abigail from a close distance. The hidden detail depicts the comfortable life that John and Abigail have built for themselves, although the peace is fleeting.

Even four years after the launch, players continue to discover Red Dead Redemption 2 details that make the game’s world believable and exciting. For example, the Viking Hatchet weapon in the game is directly inspired by a real relic found on the body of a man from Denmark. Another interesting detail: the bandoliers worn by Arthur or John change to reflect the ammunition of the player’s current weapon. These little details, such as John hugging Abigail in a moment of peaceful contemplation, add beauty and authenticity to Red Dead Redemption 2 and its world.

Red Dead Redemption 2 depicts the dying days of the Wild West with subtle and sometimes hidden details. John hugging Abigail in Beecher’s Hope is a low-key moment that helps illustrate Marston’s love for his wife and their quiet life on the ranch. Although their world is unfortunately doomed to end, this secret animation allows players to momentarily enjoy the sights and sounds of West Elizabeth.