Home Entertainment The player of Red Dead Redemption 2 discovered a pine cone that... 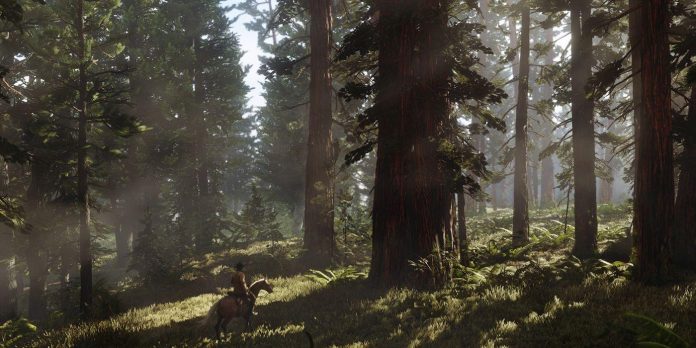 Rockstar Games seems ready to leave the dusty trail of Red Dead Redemption 2 behind, but the players certainly don’t agree that they recently shared a new discovery concerning pine cones. Rockstar Games recently confirmed that it is working on Grand Theft Auto 6, redirecting tons of resources to it so that the game meets huge expectations. As part of this, Rockstar has updated its credit to say “thank you” to everyone who worked on Red Dead Redemption 2, also recently publishing something very similar to Grand Theft Auto 5.

Many fans took this as a sign that Rockstar was moving forward, at least in the main. While Red Dead Online mostly runs on autopilot, saying goodbye to GTA 5 is interesting because it’s the company’s most popular game. This does not mean that Red Dead 2 is not enough, and most likely many fans will continue to return to the game in the coming years.

After all, few games can boast such a strong community so long after the launch of Red Dead Redemption 2 in 2018. This is evident from the recent discovery of Redditor Omega3568. It’s very simple: being next to a tree and getting out of the ledger, Omega 3568 notices a pine cone falling from a tree. It goes without saying that many have seen this in real life, but few have noticed it in Red Dead Redemption 2 or any other game for that matter.

I’ve been playing this game literally over and over since 2018 and it’s a pine cone falling?!? How have I never seen this? from Reddeadredemption

Indeed, Red Dead Redemption 2 has made a name for itself thanks to the careful detailing of each system. The open world of Red Dead Redemption 2 seems like a living, breathing environment, not a checklist of actions. Pine cones fall from trees because they are. Abandoned bodies don’t disappear; they decompose. And even the deer in Red Dead Redemption 2 can be chased by predators or end up colliding horns with another. These are simple things, but because so few games pay such attention to detail, they stand out.

The big question for many is how the realism of Red Dead Redemption 2 will affect future Rockstar games. Grand Theft Auto 6 probably won’t worry as much about pine cones falling from trees, but whenever Rockstar returns to its beloved Western franchise, which it should, Red Dead Redemption 3 will have to push that realism even further. Every little detail, including pine cones, should matter.

See how Vecna comes to life in the 4th season of...