Home Entertainment The plans of Teenage Mutant Ninja Turtles for 2023 include the release... 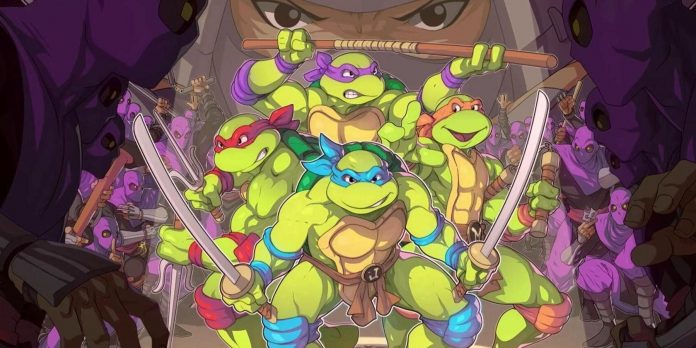 The announcement, if you can call it that, can be found in the September issue of the Toy World magazine. In an official update from Paramount, the owner of the Nickelodeon license and Teenage Mutant Ninja Turtles, there are big plans for TMNT in 2023. These plans include the release of a brand new AAA video game. This will not just be a new announcement, but the launch of a new TMNT game is tentatively scheduled for next year.

No additional details about the “Teenage Mutant Ninja Turtles” project, which will be released next year, are reported. There is no confirmation from the game developer what kind of game it will be or even which version of TMNT it will be based on. All you can think about is what the description of the new game as AAA might mean. After all, Teenage Mutant Ninja Turtles: Shredder’s Revenge can be described as AAA. If not, then it’s interesting to think about what the AAA TMNT game might look like.

In 2023, a new movie “Teenage Mutant Ninja Turtles” will also be released. Teenage Mutant Ninja Turtles: Mutant Mayhem will be released in theaters on August 4, 2023. This is an animated film created by Seth Rogan and directed by one of the directors of the film “The Mitchells against the Machines”. The turtles are expected to have a fun new style and direction, so expectations for the film are high.

It is possible that the new AAA Teenage Mutant Ninja Turtles game will be based on the upcoming movie. After all, TV shows and movies about TMNT are often a continuation of video games. An arcade brawl game or, perhaps, a 3D action-adventure movie related to a new movie could be a successful cross-promotion.

Currently, fans of Teenage Mutant Ninja Turtles can only wait for more information about the project under development. Given the strange source of the announcement, it’s unclear when additional details will be published. It would not be surprising if the game was fully confirmed and presented only in 2023.

A game about teenage mutant ninja turtles is currently in development.