Home Entertainment The Picture-in-Picture feature on YouTube is available to all iPhone users in... 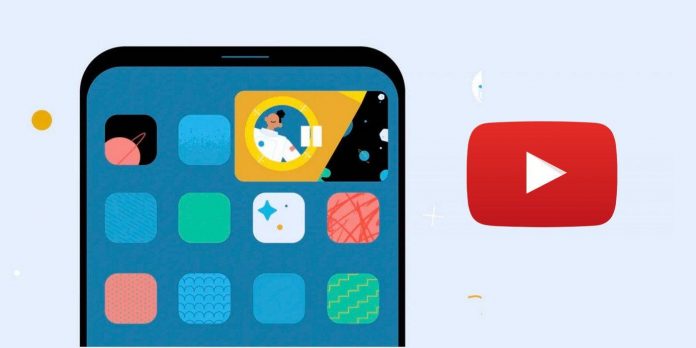 Google has started rolling out picture-in-picture support in the official YouTube app for iOS for all iPhone and iPad users in the United States. After YouTube was available on Android for a while, in June 2021 YouTube finally added native picture-in-picture support to the iOS app for iPhone. However, then this feature was only available to those who had a YouTube Premium subscription. YouTube promised to roll it out to all users in the US in the future, but it took more than a year for it to finally become available to everyone in the country.
The iPad has been offering a picture-in-picture mode since iOS 9, allowing users to collapse a video into a floating overlay, allowing users to multitask with other apps while it’s playing. However, this feature remained MIA in the iPhone for many years. Apple finally introduced picture-in-picture support for iPhone with iOS 14, but it was only available for some apps like Apple TV, Amazon Prime Video, Disney+, HBO Max, Hulu, etc. Although YouTube joined this list last year.  In April of this year, the company announced plans to roll it out to all iOS users in the US “in a matter of days.”
Related: Comments on YouTube are not displayed? Here’s how to fix it
YouTube has announced that it is currently implementing picture-in-picture support for all iOS users in the US. This step will allow all iPhone and iPad users in the country to continue watching YouTube videos in a floating window even after the application is closed. When the user no longer wants to watch the video, the pop-up window can be closed by pressing the small “X” button in the upper left corner of the mini-player. It is worth noting here that the YouTube PiP mode is available for free users only in the United States, while worldwide it is still limited to YouTube Premium subscribers. There’s no word on when this might change.
PiP mode for all YouTube users in the USA.
Announcing the launch of PiP mode for all users in the US, YouTube acknowledged that it took a long time to deploy such a popular feature for free users in the country. In a support article on PiP, the company said, “We recognize that this has been a slow rollout of such a sought-after feature,” and thanked all users for patiently waiting for this for so long.
To use the picture-in-picture feature in the YouTube app for iOS, start watching any YouTube video and then close the app by swiping up from the bottom of the screen. The video will continue to play in a tiny window, allowing users to view other apps on the device at the same time. The floating window can also be moved and positioned anywhere on the screen at the user’s choice. YouTube PiP mode is available for all iPhone and iPad devices with iOS 15 or iPadOS 15 or later.

Mobile games are more profitable for Activision Blizzard than PCs and...