Home Entertainment The Phantom Liberty DLC for Cyberpunk 2077 should solve the Elephant in... 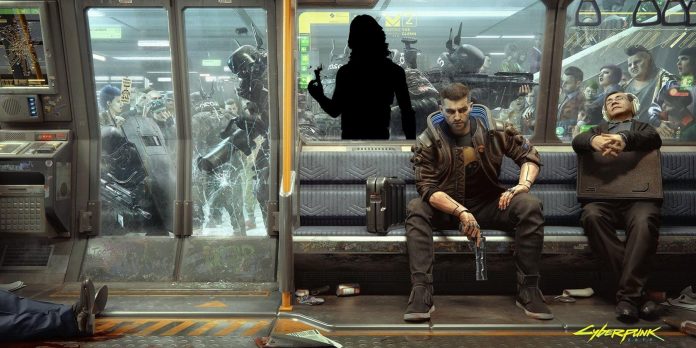 The launch of Cyberpunk 2077 was well documented, quickly turning from a long-awaited game into a widely criticized one. Ultimately, the cost of solving a lot of problems and issues was high, as CD Projekt RED had to completely change its original content plans after the launch of Cyberpunk 2077 to focus on the health of the game. The decision turned out to be correct, since the game is now in much better condition than when it was launched. However, fans wondered what would happen next with the title when most of the problems were fixed.

While content such as Cyberpunk 2077’s multiplayer mode has seemingly been shelved to allow the studio to devote more time to fixing the single-player game, the promise of a larger DLC has continued to persist, even after numerous internal delays following the launch of Cyberpunk 2077. roadmap. Recent teasers have finally given way to the official disclosure of an expansion called Phantom Liberty, which is due to be released sometime in 2023.

Although CDPR has not revealed much information about the Phantom Liberty add-on, in a short teaser, V takes the oath of allegiance to the New United States of America. However, things take an interesting turn when the returning Johnny Silverhand, revived again by Keanu Reeves, expresses his concern about everything that is happening. While the return of Silverhand will no doubt please many fans, its addition tends to potentially complicate the situation regarding the game’s main storyline and various endings.

The Inevitable Death of Vi in Cyberpunk 2077

During the events of Act 1, players work with Jackie Wells to obtain a very popular item known as a Relic. Naturally, everything goes wrong for the duo, and they have to improvise an escape from the well-guarded Arasaka Tower. During the escape, the Relic is damaged, and V takes it upon himself to insert a chip into his head to prevent the destruction of the item. Unfortunately for them, this relic is actually a biochip containing the digitized human psyche of Johnny Silverhand. To make matters worse, the biochip is now slowly overwriting V’s brain, where they will eventually die and Johnny will take full control. At this point, the Cyberpunk 2077 theme shifts from Vee’s attempt to become a legend of the Night City to a race just to find a way to survive his rapidly approaching fate.

As with most major RPG-style games, Cyberpunk 2077 has several endings that players can discover for themselves, although none of them offers a real happy ending. In this case, they either become Arasaka’s lab rats, or decide to live with the limited time they have left, or die to allow Silverhand to take over completely. With the announcement of the expansion, the question of its timing became the main topic of discussion for fans. Depending on the resulting ending, V has a few months left to live before his body eventually falls apart, so it’s possible that CDPR will be able to somehow position this new content so that it happens during those six months.

What doesn’t add up in this newest Cyberpunk 2077 trailer is that Johnny Silverhand seems to still be active in V. This probably indicates that the Phantom Liberty expansion is not post-plot content, but instead takes place somewhere before the final mission, where V uses Mikoshi in Arasaka Tower to completely separate from Silverhand. Up to this point, V’s condition worsens very quickly as they are more and more desperate to find a cure, so from a narrative point of view, it would be unpleasant if V suddenly changed course and joined a new faction when they are the main ones. so far, the concern has been to survive.

On the one hand, it is quite possible that this new faction “promised” a solution to the problem of Vi, forcing them to officially join and follow orders. There’s probably a reason why V chose this route, perhaps to gain access to some powerful technology or perhaps use it as a way to get to something else that might prove useful. Anyway, it’s likely that CDPR has found a way to incorporate this story into the main plot of the game, especially if it happens before the final mission.

Sunmi Exposes Her Haters And Responds To Them In The Best...