Home Entertainment The perfect replacement for Ezra Miller in The Flash is Wonder Woman’s... 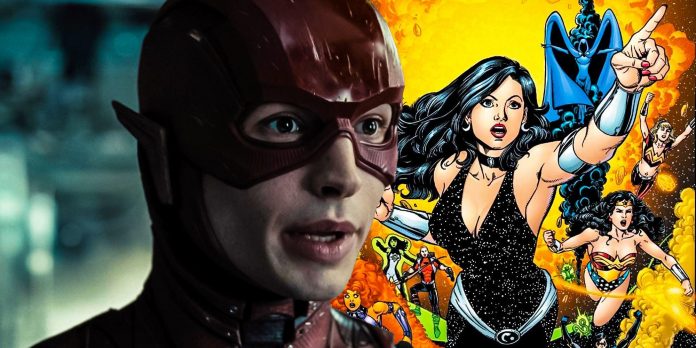 Although Barry Allen, played by Ezra Miller, will travel through time and other universes in The Flash, there is an even more suitable multiverse traveler in the DCEU — Donna Troy, Wonder Woman’s friend and sister. Barry Allen’s fantastic superspeed ability comes from his connection to the Power of Speed, allowing him to travel through his timeline and into other time frames. In what will be a freewheeling adaptation of “Flashpoint,” “The Flash” will force Barry to prevent his mother’s murder and visit Earth-89, the home of Michael Keaton’s version of Batman. Although Barry Allen can travel through the multiverse, the original Wonder Girl, Donna Troy, is the living guide of the multiverse.

Donna Troy has a surprisingly complicated background in DC comics, and originally she was supposed to be just a Wonder Woman in her teens. When the Teen Titans superhero team was created, Wonder Girl was accidentally portrayed as a separate character from Wonder Woman, and in later issues she would be referred to as Diana Prince’s younger sister, Donna Troy. Over the years, Donna Troy has had numerous origin stories, each of which retconned their predecessors, but the fourth installment of the DC Universe: The Return of Donna Troy has made the smartest and ultimate retcon of her true origins. Donna Troy is the living guide of the multiverse itself, which makes all the stories of its origin simultaneously canonical.

Barry Allen’s multiverse adventures in The Flash will change the DCEU timeline, replacing Ben Affleck’s Batman with Michael Keaton’s Batman and probably making other adjustments to the continuity. This is consistent with the growing popularity of multiverse-centric storytelling in the fiction genre, but with Ezra Miller’s recent controversies in the DCEU, there is another superhero who could easily take his place as a regular traveler through the franchise’s multiverse. If Wonder Woman 3 introduces Donna Troy as Wonder Girl, the DCEU will have a character with an internal connection to the multiverse, just as Barry Allen is connected to the Speed Force.

How Donna Troy can continue the story of the Flash Multiverse

“Wonder Woman 3” will be the perfect place to introduce Donna Troy to the DCEU myths. Wonder Woman has an excellent supporting cast in DC comics, and there are many interesting potential stories and character dynamics between Diana Prince and her sister-turned-girlfriend. In Wonder Woman 3, initially Donna Troy could be another daughter of Hippolyta and Zeus, but gradually recognize her many other roots before finally revealing that she is a hybrid of an Amazon and an Olympian with a unique connection to the multiverse, making her extremely powerful and unique in the world. DCEU.

If Ezra Miller’s disagreements lead to a reduction in Flash’s role in the DCEU (or even Miller’s departure from the franchise), Donna Troy will be the best replacement, since her multiverse abilities will be even more direct than that of a speedster. Donna Troy can become a favorite DCEU character for crossovers, allowing her fellow heroes to visit other universes or interact with alternate versions of themselves, which in some ways makes her the DCEU’s answer to Doctor Strange from the MCU. Ezra Miller may remain the preeminent superhero in the DCEU after “The Flash,” but “Wonder Woman 3” could create his successor by giving Wonder Woman’s original girlfriend her long-awaited cinematic debut.

MONSTA X Shows Their Versatility With Music Video For One Day