Home Entertainment The perfect flight of a player in GTA Online upside down is... 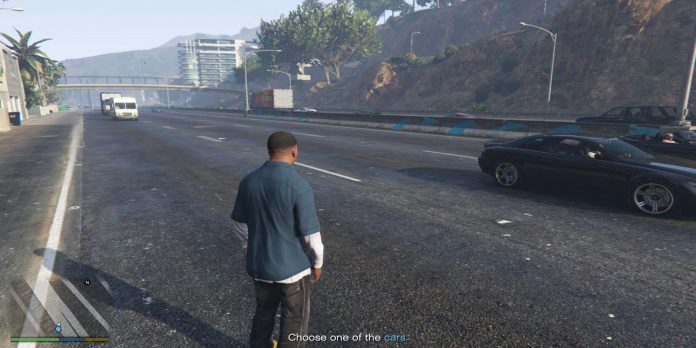 Grand Theft Auto Online remains one of the leading online multiplayer games, despite the fact that it was released almost a decade ago. One of the main reasons for such incredible success is the interactive open world of GTA Online, which provides players with a lot of exciting activities. Players can practice various sports or drive one of the many impressive cars in Grand Theft Auto Online. Not only that, gamers can also get their hands on advanced means of protection, such as tanks, armored cars, helicopters and even jet planes.

Due to the complex controls, it is difficult for some players to control a jet plane in GTA Online. On the contrary, others have mastered the technique of piloting an airplane with incredible accuracy. These players often participate in various Grand Theft Auto Online events that require them to control an airplane in extreme conditions. Reddit user pubgnoob93 participated in one of these events, where players had to fly upside down near the ground for the longest distance.

The user uploaded a video to Reddit, which shows that he is leading in the aforementioned GTA Online contest by a significant margin. The footage shows how pubgnoob93 flies quite comfortably upside down on a jet plane, significantly ahead of other competitors. Shortly after, the alleged “griefer” shoots the pubgnoob93 jet with two precision missile strikes, eventually killing the latter. Then pubgnoob93 was reborn, and he had to start all over again when there were only a few seconds left on the timer. The user also mentioned that they had a series of 9 minutes and 40 seconds before Walraven destroyed their plane.

Whether pubgnoob93 is upset or not depends on your point of view. However, in Grand Theft Auto Online, it is almost impossible to escape from a rocket stuck in an airplane. However, some players rarely manage to evade them, for example, a player whose plane avoided a homing missile in GTA Online at close range. The player in question escaped certain death only because the rocket burned down before it had time to collide with the jet plane.

A new update of the Silent Hill movie from the director