Home Entertainment The perfect beginning of “Batman 2” would kill the Riddler. 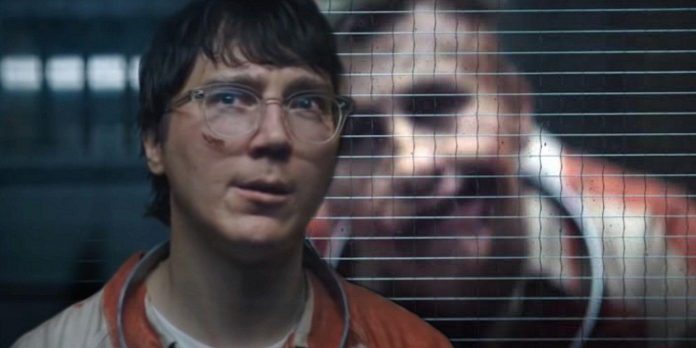 The perfect beginning of “Batman 2″ would surprise viewers by killing the Riddler Paul Dano. Christopher Nolan’s “The Dark Knight” features a powerful, thrilling scene, and the film masterfully demonstrates the unprecedented tricks and genius of the Joker. Matt Reeves’ Batman follows the same path, first giving an insight into the Riddler’s twisted mind, and then accompanying it with Robert Pattinson’s fascinating Batman monologue, which immerses viewers into the dark underside of Gotham.

In the post-credits scene of Batman, there’s an intriguing interaction behind bars between Paul Dano’s Riddler and Barry Keoghan’s grinning Joker. What begins as a casual joke between them soon turns into a frightening alliance, hinting that the crooks may unite in “Batman 2”. The dynamics of the Riddler-Joker will be much more complex and unstable than one might expect.

“Batman 2” perfectly conveys this dynamic, depicting the Joker mercilessly killing the Riddler in the very opening scene. This would not only refute all assumptions related to the premise of the film and the potential team of the Joker and the Riddler, but would also fit well with the Joker’s evil personality and implied past in the deleted Batman scene. In addition, it would strengthen the very essence of the Joker’s characterization as an agent of chaos. Batman’s version of the Joker takes up limited screen time in Batman, but his motives and actions still indicate that he will be as unpredictable and terrifying- if not more so — as his previous memorable incarnations. Because of this, it wouldn’t be abnormally shocking for him to kill the Riddler at the beginning of Batman 2.

The Joker’s seemingly fickle nature makes him charming, but his complicated relationship with Batman is what really gives the Joker depth. The deleted Batman scene establishes that, despite disliking each other, the Joker and the Dark Knight are somehow interdependent. One look at Robert Pattinson’s Batman and the Joker can tell something about his personality that even Alfred doesn’t know. On the contrary, Riddler’s obsession with Batman is one-sided and is due to his distorted sense of justice or “vindictiveness”. This conflict of interests and points of view between the two villains may be a good reason for the Joker to kill the Riddler in order to raise the stakes and consolidate the idea that it is impossible to negotiate with the Joker.

The downside of this storyline is that the Joker’s story can make it almost expected, and overall it can detract from Matt Reeves’ unique vision of the Dark Crusader. Given the special approach of Matt Reeves and the ambiguity of the Joker’s motives, it is difficult to predict what awaits the Batman characters in the future. A Joker killing the Riddler Dano would certainly be an interesting way to start Batman 2, but for now, the simple prospect of the two criminals fighting face-to-face with Batman and thus working on the Batman-Joker rivalry would still be a big draw.

Windows 7 Will No Longer Receive Drivers From Microsoft Via Windows...

Tomorrow belongs to us: worried about changing doctors!