Home Entertainment The patch with the Taiwanese flag in Top Gun 2 signals serious... 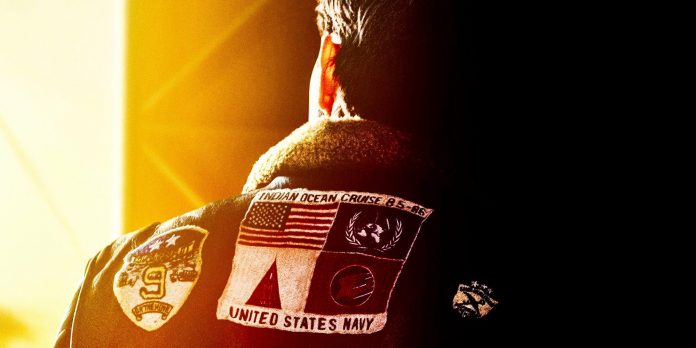 In Top Gun: Maverick, the patch with the Taiwanese Maverick flag is not just a key to understanding the character’s past; it’s the key to major changes in the way Hollywood does business. The long-awaited sequel to Top Gun has been universally acclaimed for its commitment to authenticity. In an era when rampant computer graphics take the weight out of action movies, Top Gun: Maverick abandons computer graphics in favor of physical and emotional scales of practical effects. Green screens were avoided for real locations and camera installations in the cockpit, stunt pilots for the actors themselves, and the stars withstand a three-month training regime developed by Tom Cruise. They even decided to leave some unscripted footage – aileron flaps, camera reflections, Miles Teller hitting his head on the cockpit canopy – which is believed to have added harsh realism to the film.

Along with the effects and tricks, Top Gun: Maverick tried to work out the small details that make the characters and their naval aviation more believable. One of these details is a patch with a Taiwanese flag on the back of a leather Maverick jacket. In real life, pilot stripes can mean a number of things, including deployment, manned aircraft, and career milestones. In the cinematic universe of Top Gun, the patch with the Taiwanese flag on Maverick’s jacket is a tribute to his father, Duke Mitchell, who carried out a joint mission with Taiwan during the Vietnam War. This is a bright, cute detail of the character, but the significance of the patch with the Taiwanese flag of Maverick goes beyond authenticity and cinematic world-building.

Top Gun: The patch with the Taiwanese flag Maverick signals that Hollywood refuses to appease Chinese censors in exchange for funding and distribution. China, with a population of 1.4 billion people, ranks second in box office receipts on Earth. It’s also very strict about what can and cannot be shown on screen, with sympathetic depictions of America, Christianity, and same-sex romances, to name just a few. For years, major Hollywood studios have bowed to China, relying on Chinese support and box office receipts to help them shoot bigger and more effective blockbusters, cutting out what the Chinese Communist Party considers “sensitive topics” in return. When Paramount released its trailer for Top Gun: Maverick in 2019, it looked like the studio was doing just that. As observers on the web quickly noticed, the patch with the Taiwanese flag on the Maverick jacket disappeared, it was replaced by a seemingly abstract symbol in the same color scheme. The reason was clear: The Chinese Communist Party recognizes Taiwan not as a sovereign state, but as a province of China. However, the concession was not enough. Chinese tech giant Tencent stopped funding the film’s alleged pro-American message, and when Top Gun: Maverick was released in 2022, the patch was reinstated.

What happened next made Hollywood think. Despite zero funding or a return from China, Top Gun: Maverick has broken numerous box office records, becoming Paramount’s highest-grossing film ever, the highest-grossing film of 2022 and the first Tom Cruise film to gross more than $1 billion. It looks like the movie became a hit thanks to many factors, including nostalgia for the ’80s, a Memorial Day weekend release, Tom Cruise’s star power, and an accessible story. However, Top Gun: Maverick is not the unicorn it seems.

In 2021, “Spider-Man: There is No Way Home” rejected the demands of Chinese censors to remove the Statue of Liberty and also did not open in China. Nevertheless, it became the highest-grossing film of the year. In the Pixar Lightyear movie, released in the summer of 2022, they refused to cut the same-sex kiss scene and also did not show it in China. “Lightyear” was disappointed at the box office, but its poor performance was more related to the temperament of the American audience than to the lack of distribution in China. If three is a pattern, these films seem to indicate that the summer blockbuster doesn’t need China. Of course, it’s too early to say whether films like “The Best Shooter: Maverick” will become the norm, but this is a step in the right direction for Hollywood and a victory for freedom of expression in art.

“Original Sin” has an advantage over past shows of “Cute Liars”