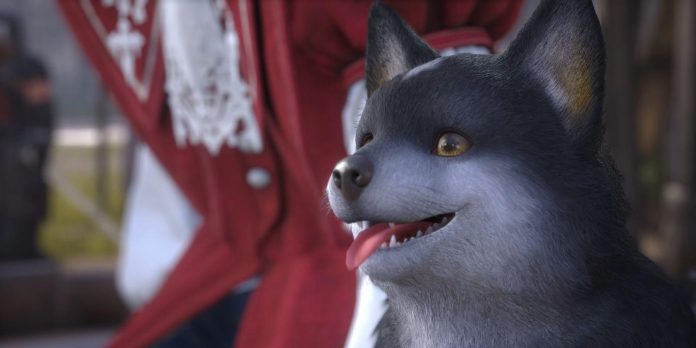 Every day brings fans one step closer to Final Fantasy 16. Another trailer is promised to drop this year, and there’s a good chance that 2023 will be full of reveals and news coverage for the game. Unlike other Square Enix projects announced years before they release, Final Fantasy 16 is content-complete and has reserved its lead-up year for polish. This image of a well-managed game is good for the Final Fantasy series, especially considering Final Fantasy 16 is continuing to experiment with action gameplay.

Comparisons to its immediate predecessor are all-but guaranteed. While action elements have been present since the Japanese Final Fantasy 3, Final Fantasy 15 was the first title in the series to bring on a full action-RPG status from the realm of spin-offs. It suffered a lot of development trouble, and came out with obvious cuts in its latter half. One of the most intact parts of the final game is the relationship between protagonist Noctis Lucis Caelum and his three best friends. This adaptation of the classic Final Fantasy party was a heartwarming affair, and stands in stark contrast to the more independent protagonist of FF16.

RELATED: Final Fantasy 16’s Story is Much More Personal Than Past Games

FF16 Focuses on Clive, While FF15 Makes Room for the Whole Party

The focal point of Final Fantasy 16’s story is Clive Rosfield, firstborn son of the Archduke of Rosaria. Clive is the lone protagonist, and typically the only character that players will have control over. He is the one constant party member, and the story primarily focuses on his relationships, goals, and interactions with others. Final Fantasy 16 will start in Rosaria, seeing Clive and his immediate family struggle in a time of encroaching blight and political maneuvering. Clive will meet more people and form connections after the time skip, but even in the wider world Clive is the character players will be most concerned with.

That couldn’t be more different from how Final Fantasy 15 integrates its characters. The main party of Noctis, Prompto, Gladiolus, and Ignis are inseparable, and the story is seen from their collective viewpoint. These four men ride together, fight together, and support one another throughout their various character arcs.

Apart from moments where the story mandates they split up for a while, there’s always at least two of them on-screen. They can organically start side quests with Noctis, and all sorts of quirky interactions can spring up from within the party itself. Final Fantasy 15 is defined by a very small group of recurring characters, and none are more important than the gang in their motorized Regalia.

RELATED: Final Fantasy 16 Skipping an Open World Means It Can Avoid Many of FF15’s Problems

The Final Fantasy 16 Party is in Flux

Clive isn’t foolish enough to travel on his own, although he isn’t committed to any one group after his nation presumably falls. Throughout Final Fantasy 16, Clive will be joined by other people. It seems like these additional party members will vary wildly across the game, ranging from Clive’s loyal wolf companion Torgal to other Dominants in their human forms. It appears that even playable Eikons will rotate depending on the scenario, as Clive’s brother Joshua supplies Phoenix for FF16’s first summon battle. These people will banter with Clive in and out of gameplay, but he’ll take up center stage most of the time.

The Final Fantasy 15 crew is too tight-knit to be added or subtracted from permanently. They may drop out of the party for short periods, but they will always come back. From pushing the Regalia down a dusty road in the opening to potentially appearing in the player’s favorite photograph at the end, the four boys are set in stone. It evokes the feeling of some early party members in classic Final Fantasy games who never leave. Along with their occasional absences, there are also guests who show up from time to time. Whether this is Ardyn riding along in the Regalia or someone like Iris helping in battle, these guests are meant to highlight the normal party members rather than replace them.

FF15’s Party Got Their Own Spotlight

If players had Final Fantasy 15’s DLC or the Royal Edition, there was no need to fret about Prompto, Gladiolus, or Ignis losing screen time. All three received DLC episodes that allowed players to take direct control of them. These DLC episodes are all beloved by FF15’s fans, and they offer radically different gameplay styles on top of some tough superbosses. Gameplay was later patched into the base game, with players able to buy upgrades that enabled character switching in combat. Considering how deeply integrated team-up attacks and contextual party actions were, this felt like the logical conclusion to Final Fantasy 15’s party-centric fun.

Whether Final Fantasy 16 will follow in these footsteps is not yet clear. There is ample room for short sequences or even DLC episodes where players take control of major figures in the world, particularly other Dominants. However, as it stands, players will only be able to accompany their AI allies into battle. Whether there will be strategies or orders that players can set as in Kingdom Hearts is currently unclear.

Final Fantasy 16 is shaping up to be a personal journey for Clive Rosfield, and it’s sensible to ensure that even other characters undertaking their own quests won’t get in the way. With even Final Fantasy 11 and 14 mixing parties into core game mechanics, seeing a major Final Fantasy title de-emphasize this classic genre staple so much is rather shocking. Even so, it could prove to give Final Fantasy 16 a more focused gameplay and narrative experience.

Digimon Survive: How to make friends with Sanglupmon