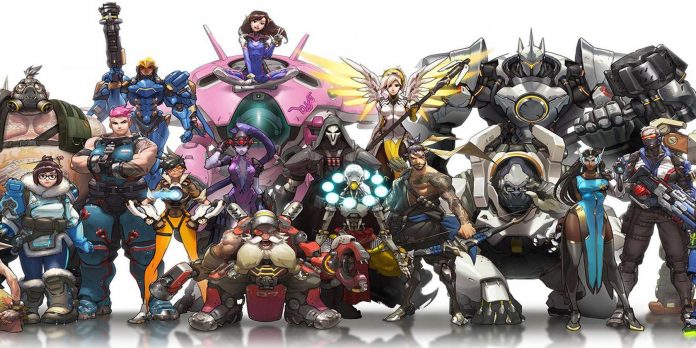 For many years, Overwatch has been giving players an epic gameplay experience. The game offers dynamic game modes, strategic battles and interesting characters for fans to choose from. Perhaps due to its unique style and smooth mechanics, Overwatch has become a popular game in the years since its first announcement. Thus, no one should be shocked that a passionate Overwatch fan has created beautiful drawings of two heroes from the game, Winston and the Reaper.

From Wrecking Ball to Widowmaker, there are several iconic video game characters in Overwatch. These heroes use abilities that make combat chaotic and difficult, and the Reaper and Winston are no exception. Indeed, their unique abilities and legendary design make them ideal for fan entertainment.

Reddit user massiive recently posted two images in the Overwatch subreddit, which depict Winston and the Reaper, respectively. The drawings are great and remind of the abilities of each character. A reaper who uses dark powers to disappear and teleport turns into a cloud of black smoke. Winston, on the contrary, is shown in pure color, with an expression of determination on his face. In addition, Overwatch art can include unique styles and carefully crafted elements, as shown in Winston’s sketch made by Massiive, which was embodied in the completed figure of the hero.

Both Winston and the Reaper are capable of wreaking havoc on the battlefield. Winston uses a jetpack, a cannon, a wall of energy and bouts of pure rage to destroy his opponents. He can restore health and deal a huge amount of damage. The Reaper, on the other hand, is armed with two guns and moves around in battle like a ghost. He can teleport long distances, become invincible for a short time, disguise himself and destroy surrounding enemies with his superior ability. These two Overwatch heroes demonstrate both unrestrained creativity and the differences that are present in all aspects of the popular first-person shooter, which makes them excellent objects for artistic recreation.

Although new heroes will be available in Overwatch 2, there is no denying that Blizzard has created a wonderful list of characters for the first part of its FPS series. Indeed, Overwatch may owe its success to the heroes to whom so many players and fans have become attached. Many games have spawned special communities, but it’s wonderful to see so many gamers unite around this game. Let’s hope that the Overwatch community will continue to create, play and enjoy the game that has been entertaining fans for many years.