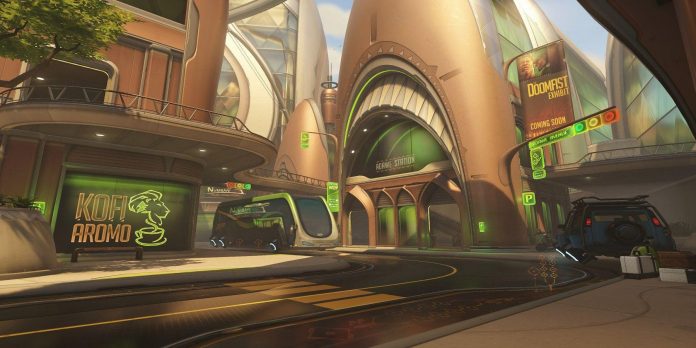 One of the charms of a game like Overwatch is that due to the general ease of access, players can quite easily play a few quick games if they don’t have much time. However, all it might take is one game for a player to get stuck in the proverbial tug—of-war with another team swapping winnings back and forth, and an hour has passed before they realize it. One of the Overwatch players gave a little insight into this reality by sharing the final score of one of his recent gaming sessions.

Reddit user Sweetpotato3000 shared an image of this high final result in the official subreddit of the game, and in the title of the post it became clear how long the match had tired them. The final score of said match was 15-12, and the Sweetpotato team eventually came out on top after the notorious war of attrition. Other users shared their shock in the comments section of the post, saying they couldn’t imagine being stuck in such a long back-and-forth match on the Numbani game map. However, some were still interested in the actual duration of the match, prompting Sweetpotato to reply that the replay time is about 46 minutes, and shared the match code for anyone interested in watching the full replay.

Sweetpotato and several users also did not hesitate to share their theories about why the match was delayed. The general idea in the comments was that there may have been players from the opposite Smurfing team, as Sweetpotato believed that one low-level player was demonstrating an awareness of the game above what their level indicated.

I wanted to die, this game has been going on for so long. from Overwatch

At first glance, it may be possible to trick another random player into thinking that the time and score were taken from a random Overwatch League match, where, given the level of players involved, matches can last from 30 minutes to an hour. One of the longest matches in the history of the league occurred in the second year of its existence, and in it the Vancouver Titans fought a heated match with the San Francisco Shock for almost three hours on the latter’s way to victory in the 2019 Grand Final.

That being said, most non-professional players will probably argue that the reason they like Overwatch is because of the take-and-play design. Blizzard apparently designed the game with this in mind, with a more casual Quick Play option that is in the spotlight when players download the game. In most cases, it’s not surprising if another player fits into at least one or two shorter matches, even on larger maps like Route 66, for the same amount of time that Sweetpotato spent in his match.

The Flash: Tony Curran Will Play Despero in the 8th Season...