Home Tech The Overcooked! All You Can Eat make the jump to PC 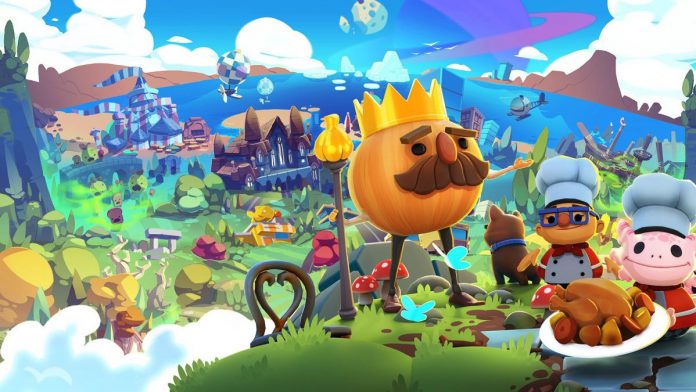 The crazy compilation of culinary titles will also reach the previous generation, Switch and Steam after its debut on PS5 and Xbox Series.

Overcooked! All You Can Eat, the fun compilation with the culinary multiplayer mini-game titles Overcooked! and Overcooked! 2, will also arrive on PC, PS4, Xbox One and Nintendo Switch after launching late last year on both PS5 and Xbox Series X | S. This has been announced by Team17, confirming that the video game that includes the two original games, all the extras and graphic improvements will be available on these platforms on March 23, 2021.

Also physical on PS4 and Switch

Thus, the title developed by Ghost Town Games and edited by Team17, will arrive in digital format on all platforms at a price of 39.99 euros, although it can also be purchased in physical format on both PlayStation 4 and Nintendo Switch, also at same price.

Let’s remember that Overcooked! All You Can Eat includes both the first Overcooked! like its sequel, Overcooked! 2, as well as all the DLC and new content such as scenarios and unreleased modes, surpassing 200 levels. In addition, the new versions will also benefit from the graphical improvements of the new generation versions with 4K resolution at 60 FPS on compatible platforms; on Nintendo Switch it will stay at 30 FPS.

Finally, it is expected that with the launch of the new versions, cross-platform play will be added through a free update, a feature that was supposed to arrive with its original release and has not yet been implemented.

“We have mixed and remastered Overcooked !, Overcooked 2! and all the additional content in this delicious definitive edition. Enjoy hundreds of levels of cooperative culinary mayhem in increasingly dangerous and messy kitchens alongside all your friends with cross-platform multiplayer and voice chat. Thanks to the shared multiplayer queue, you will wait less to play and have more time to enjoy the culinary carnage! ”, We can read in its official description.