Home Entertainment The original Superman Kal-El returns to Earth to work with his son... 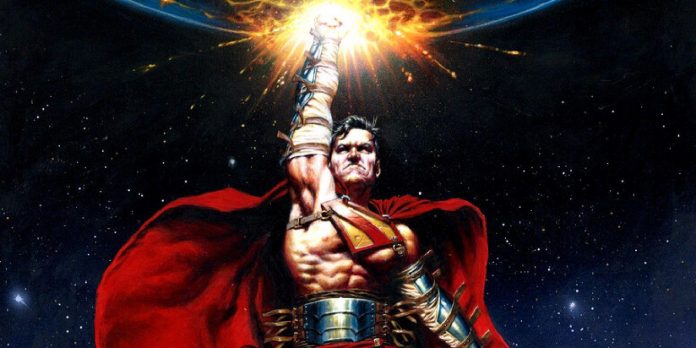 The original Superman, Kal-El, is finally returning to Earth to team up with his son and fellow Superman, John Kent, in a six-part crossover from DC Comics this fall. After battling Mongul and his oppressive forces in Warworld, Superman will return home to Metropolis and fight closer to home. The crossover titled “The Return of Kal-El” will consist of six issues on the pages of “Action Comics” and “Superman: Son of Kal-El” from writers Philip Kennedy Johnson and Tom Taylor, and the names of the performers will be announced later.

Clark Kent, also known by his Kryptonian name Kal-El, has been fighting the tyrannical Mongul in the World of War for many months, and his son John Kent feared that the battle would be the last for Superman. Superman has infiltrated the world of war with a team of heroes and anti-heroes known as the Power, and although they live and fight among the oppressed classes of the world of war, their mission will soon come to an end. Meanwhile, John Kent took on his father’s role as the new Superman of Earth, where John fought his own battles, including with the dictatorial president of Gamorra, Henry Bendix, and displayed bisexuality.

It’s been both a galactic and personal year of challenges for both Supermen, but they’ll soon reunite in the six-part crossover “Kal-El Returns.” The saga of the world of war will end in the one-shot film “Superman: Apocalypse of the World of War No. 1”, created by Philip Kennedy Johnson, Brandon Peterson and Will Conrad. The issue will be available on August 30. “Superman: Warworld Apocalypse is everything we created with Warworld Saga, with the final battle between Superman and Mongul, between Power and the Uncreated, and with the long—awaited reveal of the real mastermind in the shadows,” Johnson says in a DC Comics statement. “There are some frankly shocking moments in this release, as well as several major revelations that will have long-term consequences in the DC universe.”

Kal-El then returns to earth in Action comics #1047, which Johnson promises will be a “new era” for Superman and the Superfamily. “After the events of the World of War saga, Superman returned to Earth with new allies, but Lex Luthor has his own plans for Metropolis after he saw a great opportunity in the fall of the World of War. Plans that include the return of one of Superman’s most classic villains, Metallo.” The crossover “Kal-El Returns” continues in Action Comics #1048-1049 and Superman: Son of Kal-El # 16-18.

Superman and his son John Kent have been separated for quite some time, and John believed that he could really lose his father because of the World of War. With the return of Clark Kent to Earth, fans will see for the first time how the two heroes will unite not as Superman and Superboy, but as Superman and Superman.  The Superfamily may be stronger together, but the end of the saga of the world of war and the beginning of the “Return of Kal-El” promise serious upheavals in the Superman line and the DC universe as a whole. Not only does Johnson promise to “refresh” Metallo after Kal-El returns to Earth, but in one frame of “Superman: Apocalypse of the World of War” we will see how “empires fall and rise, and the fourth world […] is reborn.” Clark Kent may be returning home to his son John and their family, but big threats—perhaps even Darkseid himself—seem big on the horizon.

Having left Earth seemingly forever, the original Superman returns home to reunite with his son and fellow Superman, John Kent. Although both Supermen are fighting their own battles, big and small, as individuals, fans should look forward to a touching reunion as the two Kents prepare for even greater threats they will face in the new era of their Superfamily. Check out Superman: Warworld Apocalypse #1, released this August from DC Comics, as well as the crossover Kal-El Returns this fall.

Animal Crossing New Horizons: Nintendo Warns Of An Error That Could...

Marvel’s Midnight Suns Should Last Between 40 and 60 Hours