Home Entertainment The original Spider-Man costume “Homecoming” and EDITH’s glasses are presented at a... 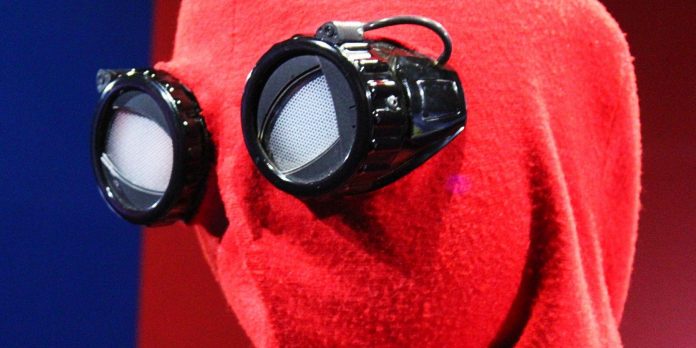 In honor of the 60th anniversary of Spider-Man, the new Spider-Man exhibition at the Comic-Con Museum in San Diego features a homemade Peter Parker costume from the MCU and EDITH glasses. Along with an impressive collection of rare comics, movie props and collectibles, all 60 years of Spider-Man’s existence in the creation of the web are shown in this brand new interactive experience. In addition, Screen Rant had the opportunity to visit a new exhibition, receiving several new close-up images of the exhibits presented.

Located in Balboa Park, the fairly new Comic-Con Museum is just a short drive from the San Diego Convention Center and Hall H, where the largest companies and studios of the entertainment industry annually announce the most important pop culture news. The new SDCC exhibition about Spider-Man Beyond Amazing is open to the public on July 1 and will be open daily until January 3. In addition, the Comic-Con Museum will host an induction ceremony for Spider-Man, who will enter the SDCC Hall of Fame on July 20. Co- curated by Professor Ben Saunders and Patrick A. Beyond Amazing is an exciting exploration of Webslinger’s entire transmedia history, highlighting its influence on comics, movies, television, video games, and more.

Related: What Sony Spider-Man: No Way Home Outside the MCU Would Look Like

One of the most exciting exhibits was a homemade Spider-Man costume that Peter Parker made in the MCU before meeting Iron Man. A homemade costume first shown in “Captain America: Civil War” and then in “Spider-Man: Homecoming,” includes a prototype Peter Parker mask and glasses that a high school student made to help him focus his heightened senses. In addition, the Spider-Man exhibit also features Tony Stark’s EDITH glasses, given to Peter by Tom Holland at the beginning of Spider-Man: Far from Home.

With incredible access to Stark’s defense resources and protocols, Tony entrusted Peter with the glasses after his death in Avengers: Finale. So it makes sense that a villain like Mysterio (Quentin Beck) and his team of equally disenfranchised Stark employees would want Iron Man’s EDITH glasses to help cement Beck’s fabricated status as a hero. Fortunately, Peter was able to get his glasses back and save the day (even though he was made to look like a villain before “Spider-Man: There is No Way Home”).

Despite this, it’s great that Iron Man’s latest gift to Spider-Man is on display at the new SDCC Beyond Amazing exhibition next to the homemade costume that Peter Parker wore before meeting his mentor in the MCU. Check out the new close-up photos of the suit and glasses below:

Diablo 4 will be supported for years by cosmetic DLC and...

In the third season of Bridgerton, there is already a perfect...