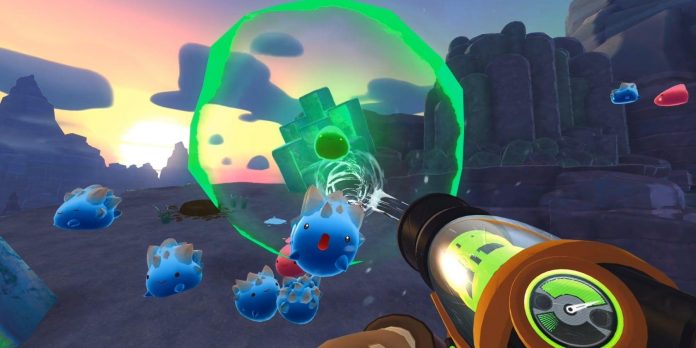 Slime Rancher, a charming first-person life simulation adventure game, is set to leave Xbox Game Pass at the end of this month, developer Monomi Park confirms. Slime Rancher, first released as an early access game in January 2016, was not released in version 1.0 until August 2017. After widespread recognition, the game was later added to the Xbox Game Pass catalog in December 2020 and has since become one of the main choices for users of the service who are looking for useful and carefree games.

The success of Slime Rancher eventually led to a sequel, Slime Rancher 2, due for early access on September 22. act as the titular owner of a slime ranch, only this time with much more pleasure than ever. In anticipation of the sequel, Xbox Game Pass subscribers may still have a chance to return to the original Slime Rancher as the game nears the end of the lineup in the service catalog.

In an interview with TrueAchievements, game director Nick Popovich announced that the original Slime Rancher will leave the Xbox Game Pass on September 30. This fragment, apparently, also serves as a correction of incorrect information that a number of players received through the notification service. stating that Slime Rancher will leave the service on September 15.

Slime Rancher is not the only game that is removed from the Xbox Game Pass just in time when its sequel appears in the service. Games such as A Plague Tale Innocence and Two Point Hospital have also been excluded from the Xbox Game Pass catalog at a time when their successors will appear in the service. While this will probably upset some players, it would make more sense for Microsoft to prioritize new games over their predecessors from a business perspective.

However, the fact that Slime Rancher is leaving Xbox Game Pass may seem like a big disappointment to fans of relaxing adventure games, especially after they found out that the sequel will spend quite a lot of time in early access without any achievements. However, there’s just over a week left before the game is removed from the service, so subscribers can still enjoy Slime Rancher while it lasts.

Slime Rancher has already been released on Nintendo Switch, PC, PlayStation 4 and Xbox One. The sequel, Slime Rancher 2, will be released in early access on September 22.