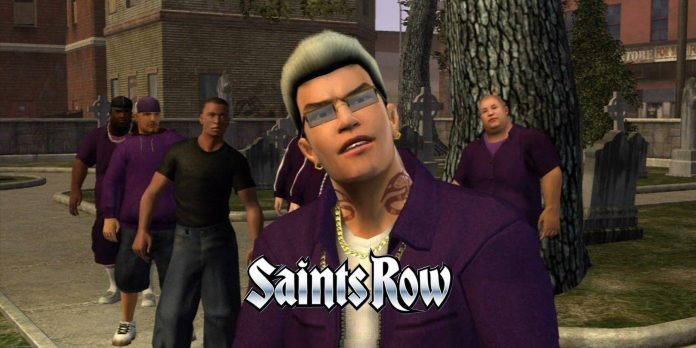 The fortunes of long-running video game series can rise and fall, with some franchises losing popularity as they continue. Some are getting better with each entry, and they manage to add new features and gameplay settings while remaining true to what makes the series great. In some cases, franchises are turning to original recordings to rekindle fan interest, and that may be what Saints Row is doing at the same time as launching its latest iteration.

The newest Saints Row is a reboot of the franchise, focusing on new characters and a new fictional city as players work to build their criminal empire and seize power from rival gangs in the same setting as in previous games. However, the latest game, developed by Volition and published by Deep Silver, has not quite lived up to the hype and has received mixed reviews from both critics and players since its launch earlier this month. While some might consider this a step backwards, a remaster of the original Saints Row could be the update the franchise needs.

The case of the remaster

There are many parallels between the Grand Theft Auto series and Saints Row, with the latter largely serving as a parody of another popular crime franchise. Saints Row, demonstrating gangster culture combined with rude humor and mischievous mockery of similar games, introduced a new look at the genre, which has since been imitated. Some might argue that it was hardly original in itself and borrowed many aspects from games like Grand Theft Auto, but Saint Row also improved some of them to create perhaps a more cohesive, fun and exciting gameplay.

Saints Row was positively received during its release, but this does not mean that it will necessarily survive today. Its graphics, which were highly praised in 2006, look extremely outdated in 2022, and many features seem clunky compared to more modern games. A remaster can bring back what the first game introduced, but make some much-needed improvements to the franchise formula and update it for a new audience. And since the first game is exclusive to Xbox and released only for Xbox 360, a wide range of gamers may never have had the opportunity to play it.

Saints Row and Saints Row 2 have found their fan base, and Saints Row: The Third continued the development of the franchise. The third part really raised the bar by adding more high-octane action and a large dose of absurdity to the mix, which went well with the franchise formula. Saints Row 4 was also considered a worthy addition to the series, but things got better as the games continued to go beyond the standard street warfare from earlier installments. A separate expansion of Saints Row: Gat out of Hell received mixed reviews, and after that the Saints Row series began to lose popularity due to the large gap between records.

Fans were thrilled when the reboot was announced, but its recent release was marred by technical issues and bugs. Some players also felt that while the game has potential, the newest Saints Row fails to tie its elements together sufficiently to create a pleasant gameplay. With upcoming fixes and other improvements, Saints Row may bring gamers back to its side, but another way to remind players how great the series can be is to release a remaster of the very first game that started it all.