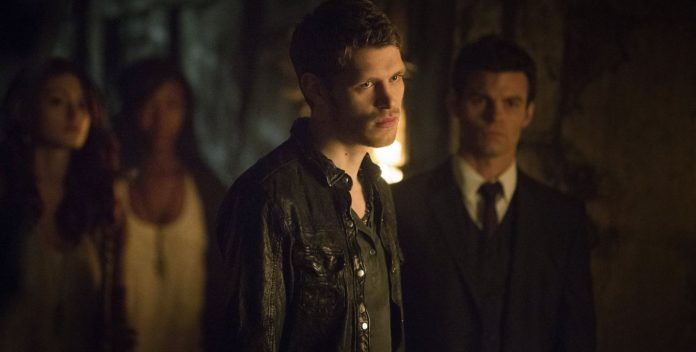 The Vampire Diaries star Joseph Morgan has spoken out about the original plan for his character Niklaus (Klaus) Mikaelson, before the spinoff of The Originals came to fruition.

At the same time, Morgan revealed that his character Klaus was only supposed to appear in just four episodes, which is hard to believe now that he has become a fan favorite of The Originals show. .

“When you sign up to be a series regular on most television shows, it’s a six-year contract,” the actor revealed.

“I signed that contract before I joined the show, so there was always potential after these four guest episodes to be a regular. Somehow, really, they could do whatever they wanted,” he added.

However, that is what Morgan really wanted, because it was not his program, so he thought it would be a good opportunity to build his acting profile but later he would move away from him to get his. his own leading role.

“Well this is great, I can jump out of this and try to get my own show and keep building my profile and use this as part of that,” Morgan confessed.

“Then a few things happened: one was, of course, the degree of passion with which the fans responded to the character and the other was that I was having a lot of fun playing Klaus and I always felt that for the character there wasn’t enough room to grow in. the setting for The Vampire Diaries, “Morgan explained.

Similarly, explaining the huge role fans played in shaping the show, he added that all of those fan-made trailers kept happening for The Originals.

“The fans named that show, it was them who created all these online trailers for the show, to the point where Claire Holt and Daniel Gillies, who played the Mikaelson brothers Rebekah and Elijah respectively and I thought ‘You know this would really be great, this could be a real thing, ‘”the actor confessed.

Those who have watched the show will know that the Mikaelson family enjoyed five seasons of The Originals before Klaus (Joseph Morgan) finally sacrificed himself, along with his brother Elijah, to save his daughter Hope.