Home Entertainment The Original pitch of Kevin Feige’s Death in the Endgame Was Too... 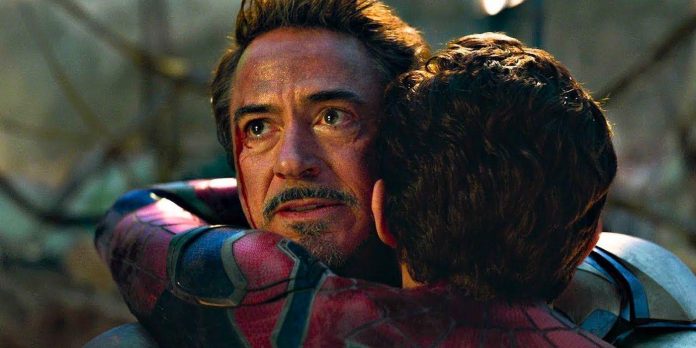 Marvel president Kevin Feige had an original “Avengers: Finale” pitch with much crueler fates of the main characters than what they eventually experienced. In The Finale, directors Joe and Anthony Russo created a plot on a more epic scale than in any other Avengers movie. For almost 3 hours of work, the “Finale” united Marvel heroes from different films. “The Finale” remains Marvel’s highest-grossing film ever, grossing more than $2.7 billion at the global box office.

With all the excitement of the Finale, when the allies united to restore balance in the universe, the film caused a fair share of tears. While several Avengers and their fellow heroes survived to the end of the battles in the Finale, several characters died along the way. The most notable of them was, of course, Tony Stark/Iron Man, who died in battle, famously saying “I am Iron Man” shortly before his death. Black Widow also died during the finale, killing the second main character.

Link: Why Thanos’ Sword Can Destroy Captain America’s Shield in the Finale

As if these deaths weren’t tragic enough, the Russo brothers reveal that Feigi actually devised a plan for Avengers: Finale that killed many more of the series’ heroes. Appearing on the Happy Sad Confused podcast, Feigi initially presented the ending of the “Finale”, in which not only two, but all six of the original Avengers will see their deaths in the “Finale”. This, of course, will include Thor, Captain America, the Hulk and Hawkeye in addition to Black Widow and Iron Man. Anthony Russo admits that this pitch was in the “early days” even before the “Finale” had a script, but, nevertheless, the directors discussed this potential with Feigi before finally abandoning it. Joe Russo describes this solution in detail below:

At some point, Kevin actually made a pitch, taking all the OG off the board. We thought it was too aggressive and that the audience wouldn’t be able to take it in, and that actually choosing one or two characters that they would sacrifice throughout the movie could give you moments throughout the movie when the action might stop and you might experience emotional catharsis as well then continue the narration, and then even more emotional catharsis.

Kevin came up with the idea early on that it’s like “Toy Story 3” where they all have to jump into the fire to save the universe, and we thought you needed to go beyond the narrative in something of this magnitude, so we’re not really sure how the math would add up to get to that.

It was an early time. There was never a scenario or anything else that was in it.

Considering how shocked MCU fans were by the emotional death of Iron Man, it seems that Russo and Feigi made a wise decision for the “Finale” when it came to writing the script. The tragic death of Tony Stark really works the way Russo intended. That is, it is an emotional moment after an epic, action-packed battle, slowing down the scene as viewers embark on a journey of emotional strength with this character they have come to love, who has been through a lot not only in his recent battle, but also his role in the franchise as a whole. Killing all the Avengers at once may have caused too much emotion and upset fans who became attached to his characters.

With the four main Avengers—Thor, Hawkeye, Captain America, and the Hulk—surviving to the end of “Avengers: Finale,” the MCU also avoids the complex “math” of storytelling that an alternative could create. With four of them alive, the MCU has the potential to explore the storylines that take place after the Finale in chronological order, without having to bring the characters back to life. Of course, they could continue with prequels like 2021’s Black Widow, but that would significantly limit the storylines that could be explored. Thor: Love and Thunder is set chronologically after Avengers: Finale this year, so this movie is based on Thor’s survival. With these four living Avengers (although Captain America has aged significantly and retired from his superhero status), Feigs and MCU directors will have to agree on how the characters will be incorporated into the universe when Marvel enters Phase 5.