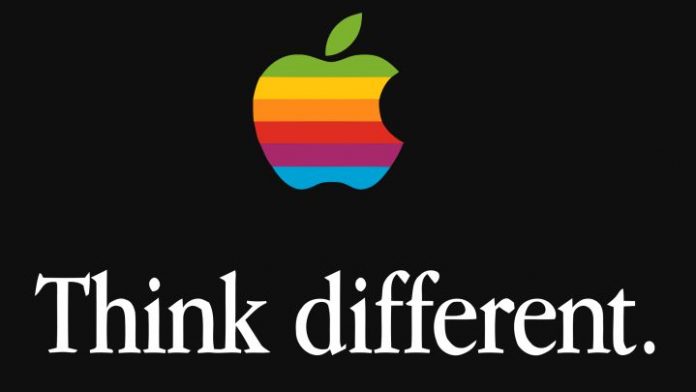 Apple: You may not have opened a comic in your life, or you don’t like superhero movies, but if they put Batman’s shield or Superman’s S in front of you, you know how to recognize them. The same happens with the F for Facebook, the logo of the Ghostbusters or the windows of Windows. They are popular symbols that are recognized outside their scope, like the Apple logo: The eternally bitten apple.

But where did this apple come from? Who bit her first?

Sir Isaac Newton and the Law of Gravity

The year is 1974, when video games were in their 1st Generation, arcade halls were gaining popularity, and the Magnavox Odyssey – the 1st home console in history – was released in the UK after coming out two years earlier in the USA. The Atari Corporation is making a lot of money -and even more so 3 years later with its Atari 2600-, and it hires a man named Steve Jobs as a videogame designer, who wants to save money to go to India to immerse himself in Buddhism.

After achieving this, on his return to Silicon Valley he meets an old high school classmate, Steve Wozniak, who worked for Hewlett Packard while at his house he was developing his own version of a computer motherboard. Jobs, one of the business geniuses of the 20th century and with a prodigious market insight into user tastes, noticed his colleague’s Apple I and instantly saw the potential it had.

But as often happens, there are those who do not have the same vision of the future, and when presenting the Apple I to Hewlett Packard, the company rejected Wozniak’s design. For Jobs, this motherboard has a future, and together with Wozniak and a third partner, Ronald Wayne, they founded a company called Apple Computer Inc., with the first office in Jobs’s garage.