Home Entertainment The origin of Terry McGinnis from Batman Beyond Almost turned Him into... 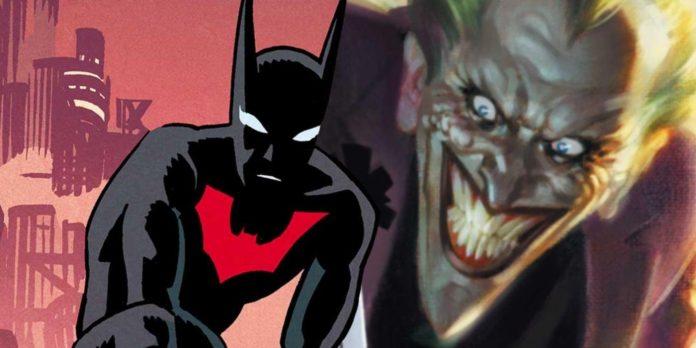 Terry McGinnis, the eponymous Batman hero of the future, almost became the Joker a few years before he became the Dark Knight. The terrible event paints a dark vision of how Terry’s life could have turned out if not for the intervention of Batman.

Although Batman has fought for years to protect Gotham, ultimately he is just a man, and one day the time will come for him, just like for everyone else. This idea was mainly explored in the Batman Beyond franchise, a hypothetical look at the future of the Dark Knight. Realizing that he cannot continue to defend Gotham as before, Bruce Wayne sends Batman into retirement, and, unfortunately, the city gets worse from this. Without Batman, criminals like the Joker gang rise up and start terrorizing society. However, the young tough Terry McGinnis crosses paths with Bruce, which leads to the fact that the gray-haired old Wayne mentors Terry as the newest and most advanced Batman.

However, another hypothetical future showed a completely different origin of Terry. In the Batman epic #700 “Time and Batman” by Grant Morrison, Tony Daniel, Frank Quitely, Scott Collins, David Finch and Andy Kubert, it is shown that Damian Wayne took over the role of Batman after his father. In the Gotham of the future, Damian’s Batman tracks down a mysterious criminal named January, who holds the city hostage by seizing its climate control system. Manipulating him to spread the modified Joker poison, the whole city is teeming with “Joker Zombies” as violent and chaotic as the original. Damian tracks down the villain behind the plot, who turns out to be the new monstrous Two-Face. As part of his plan, he also kidnapped a child (Terry), who was also exposed to the poison. Damian rescues the infant and informs Commissioner Barbara Gordon that the McGinnis baby is safe.

In the end, Terry McGinnis, having grown up, becomes the Batman of the future. Although in this particular story, it’s Damian who mentors Terry, not Bruce. But this case shows how surprisingly close the hero was to completely losing himself, since his life was just beginning. Gotham of the future is often portrayed as gloomy, but this could be one of the disturbing glimpses of the dark days ahead for Batman’s beloved city.

One of the few constants in the Batman myths is that Gotham will almost always be haunted by evil. Bat family members like Red Hood told Batman that Gotham was beyond saving, and seeing how terrible the future of the city was, it’s hard to deny it. Terry, who was almost “joked” in infancy, shows how deeply rooted the evil reigning in Gotham. But in a strange way, it shows why Gotham needs its Batmen even in the future. No matter when Gotham is in constant distress, and the only person who can hope to keep it at bay is the Dark Knight. Almost becoming the Joker was no doubt an injury for Terry McGinnis, but it may have set him on the path to becoming the much-needed Gotham Batman of the future.

The writers of “The Princess” reveal the amazing inspiration for a...