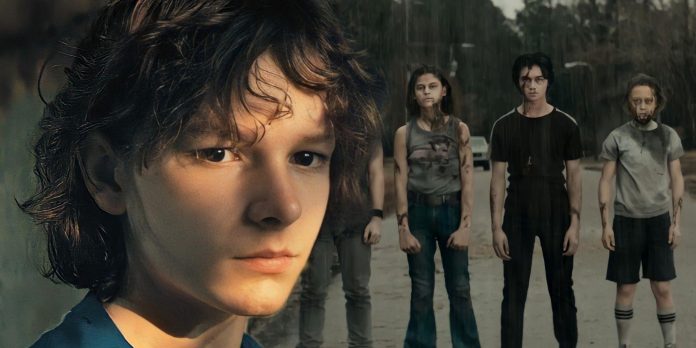 Warning! SPOILERS for the Black Phone.

The climactic ending of “Black Phone” connects all the dots and leaves no stone unturned, but it was secretly spoiled in the first scenes of the film. Instead of repeating the success of the Sinister and using a similar formula, the “Black Phone” learns from the mistakes of the Sinister, keeping silent about the specifics of its paranormal elements. Instead, the film gradually intensifies the all-encompassing tension, revealing only scraps of information surrounding its main characters and their supernatural backgrounds.

In the film adaptation of Joe Hill’s short story “Black Phone”, Ethan Hawke plays a serial killer named Grabber, who has kidnapped many boys in the past. His new victim turns out to be 13-year-old Finney, who at first struggles to stand up for himself. However, when the Grabber kidnaps him and locks him in his basement, Finney has no choice but to learn to be strong and find a way to escape before the Grabber kills him. To Finney’s surprise, the killer’s previous victims help him gain this power by guiding him through a broken black phone, while his sister Gwen tries to find him through her supernatural dreams.

associated: Everything we know about the black phone 2

The Black Phone doesn’t reveal all of its secrets, but it draws enough parallels between the opening and closing scenes to draw a convincing conclusion. The film begins on a positive note, where Finney almost knocks down a star baseball player named Bruce. Bruce also appreciates Finney’s pitching skills, saying he has a “great hand.” Moments later, the Grabber kidnaps Bruce. In the following scenes, Finney’s close friend Robin saves him from a bunch of bullies and tells him that “one of these days he will have to stand up for himself.” Immediately after that, Robin also becomes one of the killer’s victims. Although these two initial scenes seem rather trivial at first, they laid a solid foundation for the overarching idea of the “Black Phone”, and later entered into tandem with the climax of the film.

Long before the thrilling finale of “Black Phone,” Bruce and Robin play an important role in empowering Finney by reminding him of his physical strength. While Bruce keeps telling him that his “arm is in great condition” when he talks to him on the black phone, Robin strengthens his confidence by teaching him how to strike an effective blow, and emphasizing that this time he needs to “stand up for himself.” In the end, inspired by the symbolic spirit of the previous victims, Finney scrupulously uses all their escape plans and consistently coordinates them in such a way as to get the better of the Grabber.

When he finally learns to “stand up for himself” and uses his “mint hand” to strangle a Grabber to death, Bruce and Robin’s initial storylines will make much more sense. The opening and closing scenes of the film close when both Finney and Grabber hear the black phone ringing for the last time. Before breaking the Grabber’s neck with a phone cord, Finney puts it on the Grabber’s ear and lets Bruce and Robin—and the other kids—dig up the killer one last time, repeating their credos.

“Black Phone” is not just a story about revenge, it serves as a philosophical embodiment of hope and its role in the life of society. Showing how a group of young men drives away the irresistible force of evil, the film emphasizes that the strength of the community lies in unity. It is these related elements that formed the basis of the “Black Phone” storyline in reality, despite its fictional supernatural elements.