Home Entertainment The Only Fans Model Strikes Back at Critics By Paying Rent in... 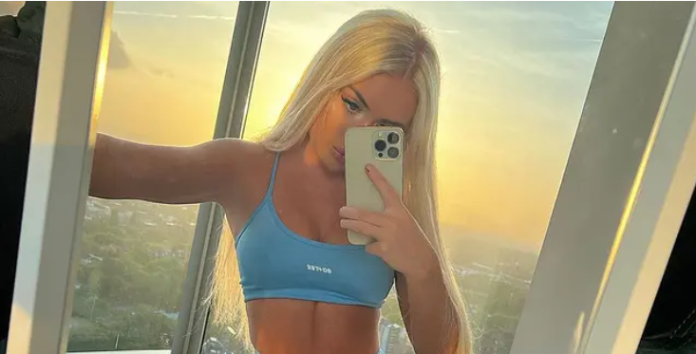 The OnlyFans model is hitting back at her critics after revealing in a viral TikTok video that she managed to earn her monthly rent in just ten minutes.

TikTok is a haven for viral content of all kinds, especially videos that cause heated debates between commentators.

Just a few days ago, a bride provoked an argument on the platform after she showed how her husband shoved a piece of wedding cake in her face, sparking a conversation about what people consider acceptable behavior at receptions.

The last clip to start a conversation in the app was made by TikToker and OnlyFans model Belle Olivia, who stated in a viral video that she managed to earn rent in just ten minutes.

The video has gained more than 11 million views, and it is believed that commentators share their opinions about choosing a TikToker profession, and many applaud her for being able to earn so much money in a fairly short period of time.

“Honestly, at the moment, anything will take you to the next month,” one user wrote. “The rent is skyrocketing, so I say, go ahead, lol.”

“As it should be. The cost of living is so high. You’re a baby,” said another.

However, Bella’s video also caused a lot of criticism, and some users found fault with her work.

“Your kids will be proud of you right now, lol,” one commenter said.

“It’s sad, I don’t care how much money a person earns,” another chimed in.

TikToker Responds to Criticism after Paying Rent in 10 Minutes

Bella has since hit back at the haters in a series of TikTok videos, claiming that she and her friends are able to pay their bills and are “happy” with their current arrangement.

“Now in my group of friends, we can all record these scenes and then become best friends again, and it won’t even be awkward. I’m telling you that some people would probably find it awkward, but we all make money, so we’re happy.”

This viral moment follows another important conversation that started on the platform after a TikToker user declared that she was “too pretty” to work from 9 to 5.

Fans Mourn The Loss of Henry Cavill to The DCEU As...