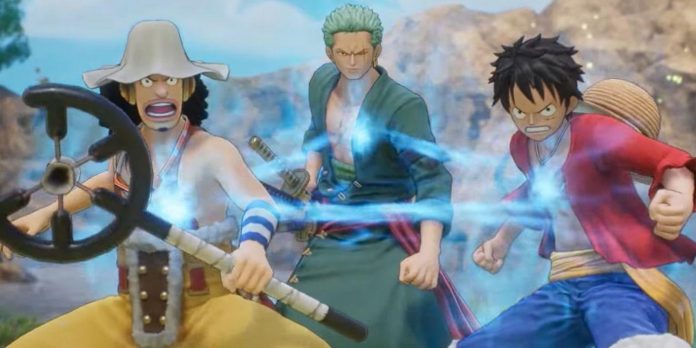 The developers of One Piece Odyssey have given players an exciting new take on the game, including a better look at its vibrant turn-based combat system. One of the longest running Shonen Jump series, One Piece, is a series filled with super-powered pirates, peak world building and wacky adventures. Bandai Namco has unveiled One Piece Odyssey as one of many upcoming projects to celebrate the 25th anniversary of the epic tale. Unlike the recent Musou Pirate Warrior series or adventure games like World Seeker, Odyssey will be more like a turn-based adventure.

After the announcement, fans were happy to see that the Japanese role-playing game One Piece is finally in development, especially when it turned out that the creator of the series, Eichiro Oda, helped create the story of One Piece Odyssey, as well as several original characters and enemies. Oda praised the game’s visuals, stating that its graphics were so impressive that it was like watching a high-budget animated movie. The developers of Odyssey hope that the turn-based role-playing game will be fascinating and challenging enough to interest players who may not yet be familiar with the long-standing One Piece storyline. However, the new footage demonstrates what players should expect when the game is released later this year.

Link: Why is One Piece Odyssey So similar to Dragon Quest 11

The recently released developer diary details the vivid and fun turn-based battles of One Piece Odyssey, which should excite fans of the classic gameplay of Dragon Quest, Final Fantasy and Pokémon. In a video posted on Bandai Namco Entertainment America’s YouTube channel, the game’s producer Katuaki Tsuzuki demonstrates the gameplay of One Piece Odyssey JRPG in action. Players will search for their teammates after a shipwreck on a mysterious island. Once found, players will be able to swap places and play as their favorite One Piece characters. Enemies can be seen roaming around the island and they can be avoided. If you touch the enemy, the turn-based battle of the game begins. Fans should carefully plan which attacks, characters, and special abilities they will need to win. The video below shows how many Straw Hat Pirates operate, and many of their characteristic abilities are listed in detailed menus so that players can choose them carefully in battle. Players will also be able to use special skills and team attacks, which should be as deadly as they are beautiful.

The producer of One Piece Odyssey also worked on the free games Dragon Ball: Xenoverse 2 and One Piece: Pirate Warriors 4. In the video, he and his team talk in more detail about how they strive to create a new and exciting story that captures the excitement and charm that One Piece fans expect from the series. Tsuzuki also reports that Odyssey has been in development for almost five years. This may explain why one of the newest crew members of the series is not included in the game as playable characters.

Fans of Monkey D. Luffy and his adventures have seen several games based on the series released over the years. While new One Piece chapters continue to be released weekly on Shonen Jump, the record series is nearing its final saga. The main characters of the mysterious and corrupt world government of the series were shown in the trailers of the game. However, fans of Japanese role-playing games should wait for the release of One Piece Odyssey in the second half of 2022 to find out if the game contains any information that can give a clue to the expected final arches of the series.

Elden Ring’s production was delayed, according to rumors