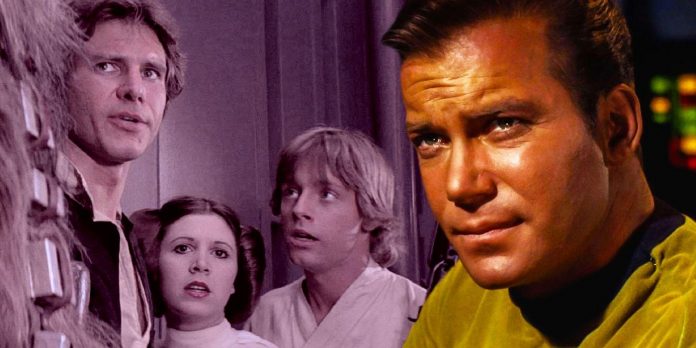 The ever-changing cast of the Star Trek franchise has helped avoid one of the biggest ongoing problems of Star Wars. Star Trek is one of the longest running franchises of all time. It dates back to the 1960s, when “Star Trek: The Original Series” told a groundbreaking science fiction story that challenged the social issues of the time and promoted equality and diversity in the way it is now. many believe that he was ahead of his time. Since then, the Star Trek franchise has moved forward significantly, embracing many other stories in its vast universe, as well as even expanding into an alternate universe known as the “Kelvin Timeline” from Star Trek.

About a decade after Star Trek was first introduced, another iconic sci-fi franchise has begun. “Star Wars” and “Star Trek” have spent many decades in direct rivalry, which has caused endless disputes among parts of the respective audience as to what should be considered the best. Each of the two franchises uses different approaches to their stories, which makes many comparisons completely controversial.

However, the nature of the broader history of the Star Trek franchise actually helped it avoid a major problem with Star Wars. With a number of different shows focusing on different stories in the “Star Trek” universe, the franchise consists of several different characters, and this is something that “Star Wars” has not been able to fully achieve. “Star Wars” has faced a backlash for recasting some of its most iconic roles, and this has led to an over-reliance on reusing the same characters in almost every story.

Some feel that the Star Wars franchise relies too heavily on its old characters, despite the fact that original stories like “The Mandalorian” offer interesting and unique insights into other aspects of its world. This is evidenced by Star Wars, which continues to focus on previously known characters such as Luke, Leia, Obi-Wan and Darth Vader, instead of moving forward with more diverse projects. While Star Wars has achieved mixed results with this tactic, it presents a challenge regarding the future of the franchise.

However, there was no such problem in Star Trek. After the continued popularity of the original series, Star Trek: TNG copied this success using a completely new cast of characters. It was a feat repeated by the subsequent Star Trek series, and when J.J. Abrams remade the iconic TOS characters for his 2009 reboot, resulting in a warmer reception. After seeing the focus of Star Trek shift again and again to tell generally unrelated stories in the same world, the franchise stopped dwelling on any one of its iconic original characters.

Ultimately, the “Star Trek” approach allows for a better perception of alterations, and also allows the franchise to tell more original stories without fear of a negative reaction. Having set a precedent early on, Star Trek adapts and changes much better without risking dividing its audience. The constant return of pre-installed “Star Wars” characters shows that the latest franchise still has problems in this area, which means that the ever-changing focus of “Star Trek” has provided a much smoother transition into the future than “Star Wars”.

CoD MW 2 Could Be Anticipated By Vanguard’s Flop, Says Rumor

The boss of “The Walking Dead” shared new details about Rick...