Home Entertainment The Offspring, Simple Plan, Billy Talent and Others Have Been Announced For... 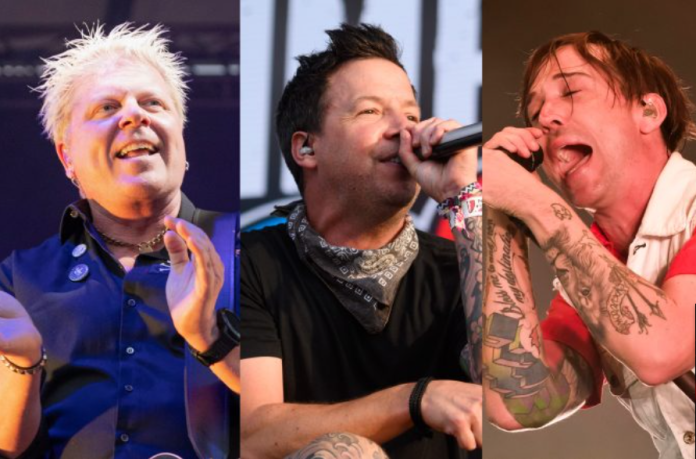 Slam Dunk will expand to Europe in 2023, and new editions of the famous rock and punk festival will debut in Italy and France next June.

Both will take place next year after the iteration of Slam Dunk in the UK, which will take place on Saturday, May 27, at Hatfield Park in Hertfordshire, and at Temple Newsam in Leeds on Sunday, May 28. with headliners The Offspring and Enter Shikari.

The Offspring will also top the recently announced spin-offs in Italy and France, and Shikari will appear at the end of the list for the Italian edition. This event will take place on the weekend of Friday, June 2, and Saturday, June 3, in the Bellaria-Igea Marina Bay area, located in the Italian region of Rimini.

Both of the aforementioned bands will perform on Saturday along with Simple Plan, Billy Talent and Trash Boat, and on Friday Rancid will headline a program supplemented by Anti-Flag, Less Than Jake, Bowling For Soup and Destroy Boys. According to the Slam Dunk Italy poster, other performers will be announced a few months before the festival.

Slam Dunk France, on the other hand, will be a much more intimate event that will take place at the Halle Tony Garnier Arena in Lyon. It is planned that on Friday, June 2, it will include Billy Talent, Simple Plan, Zebrahead and Oakman, in addition to The Offspring headline set.

Tickets for all editions of Slam Dunk 2023 are already on sale. Find them here for the UK, here for Italy and here for France.

How Manchester United Did a Disservice to Facundo Pellistri

You: Netflix Renews Series For Season 4 Before The Release Of...