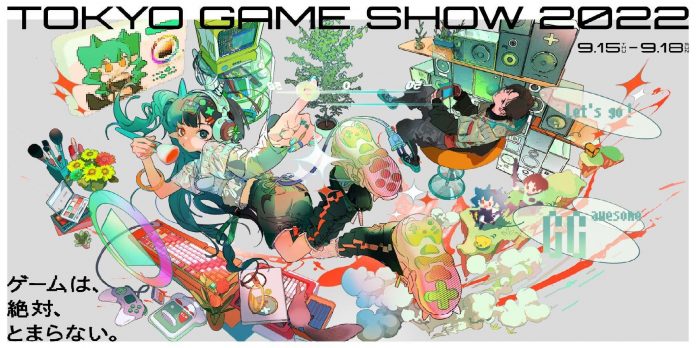 While a lot of gaming information was presented to fans in August thanks to Gamescom 2022, September also seems to contain a lot of fresh news about new and upcoming games with the return of the Tokyo Game Show. TGS or Tokyo Game Show hopes to achieve great success this year, after several events with digital storefronts, TGS 2022 promises the return of a physical audience, which many gamers are happy to hear.

In addition to the return of the crowd, Tokyo Game Show 2022 will also include many shows and broadcasts from major gaming companies, as indicated in the recently unveiled schedule. For four days, from September 15 to 18, 38 programs will be broadcast on the network, 29 of which are “official exhibitors’ programs” sponsored by various big names in the gaming world, including Konami, Square Enix and Bandai Namco. The first three days of the exhibition looked full of exhibitions, while 18 days, when the excitement came to an end, there were significantly fewer presentations.

Those who want to watch Tokyo Game Show outside of Japan will have many ways to do so. IGN will have a cover for those in the United States, Huya will offer the same for China, and gamers from the rest of the world can watch the live broadcast on a special TGS page on Steam. It’s worth noting that all the times listed for the show on TGS are listed according to Japanese Standard Time, which means that anyone who wants to catch a certain stream can come early in the morning or late in the evening, depending on where they are. It looks like Capcom is trying to give gamers a good chance to see what they will have, as the publisher of Street Fighter has planned two streams for TGS.

These streams were outlined in Capcom’s recently unveiled plans for the Tokyo Game Show. The famous company behind Resident Evil, Monster Hunter and many other franchises has organized one show for its new and existing releases unrelated to Street Fighter 6, and the second stream is dedicated to the upcoming fighting game. In addition to the double demonstration of Capcom, another interesting performance at TGS this year will be Xbox, which plans to demonstrate the already announced games. Some are hoping this could include new gameplay for exciting games like Starfield, but nothing like this has been confirmed.

It is unknown what the Xbox show will look like at TGS, but even if all the streams available at the Tokyo Game Show this year are not enough for a gamer, other major events are planned in September. EGX London and PAX West are two other game shows scheduled for September 2022, making this a great month for video game fans.